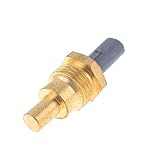 This article first appeared on the Dorf on Law site.

Many people feel uncomfortable with the notion of driverless cars, and I certainly understand why.

How weird would it be to sit in a vehicle alone (not even with a humanoid robot in a driver’s seat) and have that vehicle drive off at 35, 55, or even 70 miles an hour?

Is that too scary for people to accept?

Is it scarier than the fact that people driving cars are killing 40,000 Americans per year?

Is it scary that vehicles can be used deliberately to kill?

That, as I will discuss momentarily, is the new wrinkle to the story.

Before getting there, however, it is important to acknowledge the simple reality that driverless cars are going to happen, and soon. There will be a transition period of a decade or so (but maybe less) when driverless and traditional cars coexist, but the future is happening. The technology and the economics will make it so.

In that sense, there is no need to make a case for driverless cars. And as I noted in a column this past December, those who try to make the case against driverless cars can come off looking more than a bit silly. (Yes, taxi drivers and drivers ed teachers will have to find other work. So did Betamax repairmen and mustache wax manufacturers. Get over it.)

Children jump from a driverless car at the Science Museum, in London on August 11, 2009. The photocall was held to promote a new driverless vehicle, which is part of a fleet currently being tested at Heathrow Airport before opening to passengers next year. CARL DE SOUZA/AFP/Getty

Even so, there will be questions that must be answered along the way. Academic and industry conferences are already bringing together policymakers and other interested parties to discuss difficult issues of policy, legal liability, and so on. This is not a transition that will proceed completely on autopilot. (Sorry. I couldn’t resist.)

One of the big questions about the transition, however, continues to be how people will come to accept the new reality. In casual conversations, people with whom I have spoken exhibit a degree of genuine panic that derives from fear of the unknown, because it is easy and very human to focus on potential negatives, even those that are far-fetched.

Even so, we can think back to how people have talked about other technological and social changes for a sense of how quickly people can accept a new reality.

For example, one of the most surprising changes in modern life, to fogeys over the age of 40 or so, is how quickly kids today have been willing to give up their privacy by moving their lives online. Sharing photos of meals with friends seemed silly (and it is), but people like to do it. And even with much more serious aspects of people’s lives, the voluntary loss of personal space over the last decade or so has been truly astonishing.

Similarly, for a different set of reasons, we now allow ourselves to be scanned, searched, and partially stripped before boarding airplanes. Telling people in 1980 or 2000 that this is what air travel would look like in the future would have led to laughter and incredulity.

So people who say, “That’ll never happen because people will never accept it,” are almost certain to be wrong again. People used to hide their money in mattresses, but today we barely even touch money because almost all of it exists only on computers. And I am not talking about bitcoin.

But let us say that one needed to make an affirmative case for driverless cars. If ever there were a favorable debating position, this is it.

And that is only a short list of reasons why people will be safer when they do not have to depend on themselves and others to master a skill that has life-and-death consequences.

Once the technology exists, the advantages of driverless cars will make it inevitable that people will make sensible, incremental, in-the-moment choices to use driverless cars. Insurance companies will surely lead us in that direction, because actuarial realities will lead them to create financial incentives that will induce people not to drive.

Again, however, there will be points in the transition where policymakers will have to make explicit choices that will affect how and when driverless cars will be widely used. If the public’s general wariness persists, there will be inevitable pushback from politicians against regulators and private companies.

To a large degree, of course, this is all to the good. We should never simply accept technological changes as inevitable, at least in the sense of assuming that such changes can only happen in one way. One need only think about the downsides of agricultural technologies to understand that people’s interests can be ignored in the rush toward profits.

On the other hand, one need only think about the anti-vaccine insanity to understand that public ignorance can be seriously damaging to public health. There are times when the public needs to be guided away from ignorance-fueled mistakes.

And this is where the driverless car story has recently become interesting. The people who have warned darkly about the dangers of driverless cars have sometimes relied on spooky stories about hackers and other bad actors who might be able to use driverless cars to kill people.

For example, the op-ed in The New York Times that I ridiculed in my December column offered this scene from a dystopian future: “Today’s cars can be hacked easily. New protocols must be agreed on, and even then, nefarious actors will learn how to remotely start and stop cars, steer them, steal them, crash them or even take them hostage.”

This is the automobile version of the fear that gripped people after the 9/11 terrorist attacks. A coordinated plot hatched by evil men turned planes into bombs. That is truly terrifying.

In the Madrid train bombing in 2004, even though the vehicle itself was not used as a weapon, it was a convenient place for terrorists to locate victims. But that is true of any gathering of people, as the tragic attacks in a stadium and other public places in France in 2015 or Orlando in 2016 reminded us.

The idea that an evil tech mastermind will take over our cars and use them against us is thus a version of the post-9/11 fear. Yes, terrorists can strike anywhere, but using moving vehicles can seem especially scary.

Which brings us to the present moment. The latest terrorist tactic is to drive vehicles into crowds to kill people. In Nice, France last year, and twice in London this Spring, terrorists have been able to kill people using private trucks and vans.

What is especially worrisome about this is that these attackers need not be savvy tacticians or technological geniuses in order to wreak havoc. It is true, no matter what our president might think, that the unavailability of guns in those countries has reduced the overall death toll that these evildoers can create. But, just like with guns, you do not need to be an evil mastermind to pull off this kind of attack.

This very banality, in fact, is part of what makes vehicle attacks so effective in striking fear into people’s hearts. “I often find myself standing on a street corner or walking through a farmers’ market. Is every car and truck that I see now a potential death machine?”

Thankfully, these are still rare events that should not dominate discussion simply because of their salience. However, to the extent that a focus on unlikely — but truly scary — events can shape the public debate, this new reality is important.

The most obvious response to people who foment fear about driverless cars is to focus on the day-to-day carnage on the highways. This is only partly effective, however, because people have become numb to such things. It somehow seems normal that 40,000 Americans die in car accidents every year, even as we obsess about plane crashes, which almost never happen.

As driverless technology becomes an implementable reality, there is now a direct and salient response to the people who say that something terrible could happen. “Driverless vehicles could be taken over by a nefarious genius to kill people.” “Yes, and regular vehicles are already being used by nefarious dimwits to kill people — and there are a lot more dimwits than geniuses.”

It would be better if public debates were always carried on without reference to lurid worst-case stories. In this case, it turns out that there are lurid worst-case stories on both sides. No one wants bad things to happen. Even if we focus on the extremes, however, the future of driverless cars again looks a lot better than today’s reality.

Neil H. Buchanan is an economist and legal scholar and a professor of law at George Washington University . He teaches tax law, tax policy, contracts, and law and economics. His research addresses the long-term tax and spending patterns of the federal government, focusing on budget deficits, the national debt, health care costs and Social Security.