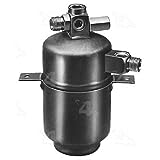 New car sales up 20% according to CSO – Irish Times

The number of new private cars taxed for the first time this year is up 20 per cent on the same period last year.

Hyundai is the most popular new car brand with a 14.2 per cent market share, ahead of Ford with 11.2 per cent, Toyota with 11.2 per cent, Nissan with 8.3 per cent and Volkswagen with 8 per cent. It’s a significant increase for the Korean brand, which was also in the lead this time last year.

However, both Nissan and Volkswagen has lost market share in the private car market, according to the CSO data. By the end of July 2015 VW had a 10.5 per cent share, while Nissan had 9.9 per cent.

The CSO data differs from the new car registration data, published earlier this month. It showed that 131,242 new cars were registered for the first time up to the end of July. While these figures relate to when a vehicle gets a licence number, the CSO data is based on when a valid motor tax disc is issued for the first time for a vehicle. In some instances there can be a time lag between the two events.

The difference can also be accounted for when manufacturers of distributors pre-register cars that have yet to be sold, sometimes in order to meet sales targets. For example, Hyundai recorded 14,459 new registrations to the end of July, while the total number licensed – taxed for the first time – was 13,049. At Volkswagen, 13,414 were registered compared with 12,399 taxed, while at Ford 13,425 were registered while 12,162 were taxed.

The CSO figures also show a 24.3 per cent increase in new good vehicles, with 19,694 taxed for the first time in the seven months to July compared with 15,840 on the same period last year.