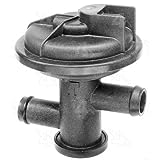 Amy Oliver for The Mail on Sunday

It’s 11.26am and something strange is going on. ‘Nice to see you,’ says comedienne Jo Brand. ‘All right, darling?’ cries actress Martine McCutcheon. ‘I’m available,’ shouts broadcaster Clive Anderson. Photographers snap away and cabbies give the thumbs-up.

Is it because I’m cruising around Central London in an Aston Martin DB5 convertible that once belonged to Princess Margaret?

Well… no. Not exactly. The ‘hellos’ and high praise are aimed at the guy behind the wheel, the most famous ginger in Britain and all-round man of the moment. This is just how life is on Planet Chris Evans. ‘It really wasn’t like this until Tuesday at 7.15pm,’ he insists. ‘It’s gone boom.’ He’s a star in an unreasonably priced car. Chris took Amy for a spin in an Aston Martin DB5 convertible Royal ties: The car was once owned by Princess Margaret – in it with Lord Snowdon and their children Viscount Linley and Lady Sarah Armstrong-Jones – and is now the only one owned by the presenter

He is, of course, referring to the announcement that he will take over from Jeremy Clarkson on Top Gear in a multi-million-pound deal that will make him the BBC’s highest-paid star. The news caused an internet meltdown, not least because Chris had ruled himself out of the top job in this newspaper months ago.

So when our star motoring columnist offered to take me for a spin in his favourite car for an exclusive chat about all things Top Gear, his TFI Friday comeback, and how he will juggle it all with family life, I had to say yes.

Evans is usually up at 5.15am for his Radio 2 breakfast show, but this morning he woke at 4am because he was ‘too excited’ to sleep.

He might have to make a habit of it, just to fit everything in. As well as Top Gear, the 49-year-old is writing a book, runs a successful car dealership, may return to TFI Friday, and has a wife, Natasha, 35, two young children, Noah, six, and Eli, three (as well as a 29-year-old, Jade, herself a mother of five-month-old Teddy) and 89-year-old mother, Minnie.

Last week he announced he would quit his Friday stints on The One Show to work on Top Gear.

But Mail on Sunday readers will be relieved to hear that his unmissable motoring column remains firmly in Event magazine.

Indeed Evans credits the weekly slot with helping him to get the Top Gear job in the first place.

‘Things like Top Gear do not happen by accident,’ he says. ‘My column, the breakfast show, CarFest, [an annual event he spearheads], being obsessed with cars since I was a little boy, it has all gone towards getting the job.

‘The Event column has introduced me to the world of new cars; I’ve never owned a new car.

‘If you had said to me in 2003, when I couldn’t even remember my own name, that even one of those things would happen, I would have said, “Yeah, go on then.” I feel extremely lucky. It’s all part of the rehabilitation. I’ve had to prove myself again. I used to be a very safe pair of hands and then I was the least safe pair of hands on TV.’

Earlier this month, Evans drew a huge 4.3 million audience for a one-off special of TFI Friday. There were calls for him to make another series. And today he admits he has ‘sort of already signed’ up to a certain Channel 4 commitment.

‘It might be TFI Friday depending on what happens,’ he says. ‘I’ve got to talk to the BBC about it. If TFI happens I’ll definitely present it.’

Evans is the obvious fit for Top Gear, despite his earlier denials. These, he says, were down to him not wishing to be embroiled in the brouhaha around his friend Clarkson’s departure from the show after punching producer Oisin Tymon.

He certainly has enough of a passion for cars and has spent millions on them over the years. In 2008, he broke a record by buying a Ferrari 250 GT SWB California Spyder that once belonged to James Coburn for £5.6 million. Four years later he spent £12 million on a Ferrari 250 GTO.

The Aston Martin we are in is the only car he currently owns, though. The rest, which includes a LaFerrari, one of the fastest road cars in the world, are owned by his company, Zimple Cars.

‘I buy and sell cars,’ he says. ‘We have between 18 to 30 at any one time. I am addicted to cars. It’s something I’ve really had to work on like an alcoholic or a drug addict would. I know loads of blokes who have proper issues with cars. We’ll do anything for them.’ Excited: Chris Evans leaves the BBC Radio studios after it was announced that he will take over from Jeremy Clarkson on Top Gear in a multi-million-pound deal that will make him the BBC’s highest-paid star

Evans’s return to the peak of broadcasting hasn’t all been plain sailing. One newspaper declared last week that a war had broken out between him and Clarkson after the latter said he had turned down an offer to return to Top Gear.

Evans simply shrugs it off: ‘There is no row.’ According to Evans, all three former Top Gear presenters – Clarkson, Richard Hammond and James May – have been supportive. Clarkson sent him a text – ‘I knew you would. Best of luck’ – before giving him a piece of advice.

‘He said, “Don’t call cars she.” What does that tell you? In my column I usually call cars she. They’re very rarely a he and if I really don’t like a car, it stays an it. I think there’s a reason for calling a car she.’

Evans has approached at least two people to join him as a co-presenter – but, frustratingly, he is remaining tight-lipped about it. Passion: Evans has spent millions on cars over the years. But the Aston Martin is the only one he owns

‘I don’t want to build people’s hopes up or presume they’ll do it. Then you’re getting into Simon Cowell territory. He leaks names about who might be on or off The X Factor. He doesn’t care what happens to those people. I do. Top Gear is a great show. You don’t need to heat it up every week with PR spin. It’s a burning sun.’

Evans has promised open auditions for would-be presenters and anyone can send in a video lasting no longer than 30 seconds. His radio listeners and 1.89 million Twitter followers have also been suggesting ideas for features. ‘So far, I quite like bands in vans,’ he says. ‘I don’t think it’ll get on but it’s a nice idea.

He even hints that Tymon, the producer who Clarkson punched, could return. ‘If the situation with him and the BBC is that he can [come back], then I think he should. I’ve only heard brilliant things about that man.’

We cruise past Evans’s new six-bedroom townhouse in Primrose Hill, North London. But there is no going hell for leather – and not just because he is terrified of losing his licence. The truth, surprisingly, is that he doesn’t really like to drive fast.

‘Maybe I’m the new Captain Slow,’ he says, referring to James May’s nickname. ‘Maybe we need to get a fast kid on.

‘We’ve got a LaFerrari at home. I’ve been 180mph in it. I’m fine with that around a track but I don’t want to drive fast for the sake of it.

‘Someone nearly ran me over this morning by driving really fast so he could get to the next red light quicker. I don’t see the point.’ End of an era: Jeremy Clarkson, Richard Hammond and James May in their final Top Gear show together

Few could have imagined the hedonistic Evans of old saying such a thing. But long gone are the days of 17-hour drinking sessions with Paul Gascoigne and Danny Baker, and not turning up to work.

Now family life seems to have calmed him. He says Tash, a professional golfer, has been nothing but supportive. ‘We’ve already had the big discussions about life and our family; about rules and days we’re never going to get back. We have a constant dialogue. It’s very important.’

He must be a bit worried about it all coming crashing down again? He is, after all, about to front a show known for its laddishness and controversy.

‘It’s a totally valid question,’ Evans says. ‘And it reminds me how careful I have to be.

‘But careful doesn’t mean boring. It’s a lack of imagination that makes you have to shock. It’s a race to the bottom and gets boring very quickly. ’

Top Gear certainly has a reputation for being shocking. Stories about racism, sexism and the infamous ‘Clarksonisms’ have dominated newspaper headlines. ‘No row’: One newspaper declared last week that a war had broken out between him and Clarkson (above together) after the latter said he had turned down an offer to return to Top Gear. Evans simply shrugs it off

But Evans says: ‘I would never let anything go out on Top Gear that I thought could justifiably attract any negative reaction or criticism for the sake of it to cultivate notoriety.

‘Some people, including me, in the past have said things that I thought were really risky and outlandish. Do you know how much difference they make to the programme? It’s barely noticeable but the trouble they can get you into! You think, “Why did I do that?”

‘I’m referring more to myself and TFI Friday and my Radio 1 days. Surprise and unpredictability are hard work in television. But you can be unpredictable and surprising without offending anybody – it’s just more difficult.’

He has promised he will ‘look after’ Top Gear. He is a major fan, first and foremost.

‘A great moment was when James May took my Ferrari California,’ he says of a 2012 episode. ‘That’s when I realised how famous you are if you’re on Top Gear.

‘I get people recognising me from all parts of the world from those six minutes. People say, “You’re the guy from Top Gear. I’ve seen that episode 17 times.” ’

Now he really is that bloke from Top Gear.

‘Chrisss-say! Nice one on Top Gear, mate. You’ll be ace,’ a cab driver shouts to us, as if on cue.

‘We haven’t had anyone swear at us, have we?’ Chris asks. ‘It’s going to be all right.’ Audi TT: What we have here is a car so hopelessly unappealing from every angle that Specsavers should line up a thousand of them with their new grinning owners standing proudly aside for their biggest ever ‘Should Have Gone To’ campaign Caterham 620R: This car doughnuts like it’s a rotor on an Apache helicopter. Layers and layers of perfectly circular tyre marks are yours if you want them – as long as you don’t mind making yourself physically sick in the process. Which you will. Vauxhall Corsa VXR: She’s a real headturner, albeit mostly for anyone still in nappies. Rolls-Royce Ghost Series II: We could consider docking her half a star each for her outrageous price tag and shameless anti-planet fuel economy. But that would be like docking Jimi Hendrix a star for contravention of health and safety and being a bit too loud. Some times outrageousness is the point.