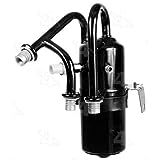 Nissan Motor Co Ltd (7201.T) said on Thursday it will make automatic emergency braking (AEB) standard on an estimated one million vehicles sold in the United States for model year 2018.

Seven of the Japanese automaker’s models, including Rogue, Altima and Murano, will come with the AEB standard, the company said.

AEB uses radar technology to monitor a vehicle’s proximity to the one ahead and warns the driver through audio and visual displays to reduce speed, helping avoid or reduce the severity of potential collisions.

In 2012, rear-end collisions killed 1,705 people and injured 547,000 in the United States. About 87 percent of the deaths and injuries might have been prevented or lessened if vehicles had a collision avoidance system because they were linked to driver inattention, researchers found.

(Reporting by Subrat Patnaik in Bengaluru; Editing by Sunil Nair)