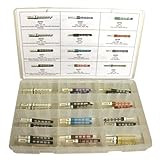 NY Man Sues Volkswagen Over Emissions Scandal: ‘Every Reason That I Bought the … – ABC News

Volkswagen, the largest car maker in the world, is accused by regulators of using illegal “defeat device” software that causes 482,000 of its diesel cars in the U.S. to cheat on emissions standards tests. Volkswagen drivers are now filing lawsuits against the company.

Ari Levin of New York, who owns a 2010 turbo-charged diesel Volkswagen Jetta, found out about the fraud on Friday when he heard the news on the radio. Levin said he feels duped by Volkswagen because the car was advertised as CleanDiesel and he has filed a lawsuit against Volkswagen’s American manufacturer and distributor.

Levin’s attorney, Jay Rice, said Levin filed a class action lawsuit because Volkswagen “has intentionally deceived and defrauded not only my client but the American consumer.”

According to the Environmental Protection Agency, these cars released up to 40 times more nitrogen oxide than the emissions standard.

Levin said he’d feel guilty now taking his Jetta out on the road.

“Every reason that I bought the car was based on a lie,” Levin said.

Levin said he bought the car specifically because he thought it would have good re-sale value, and now he doesn’t want to keep the car.

“The half-a-million people who own these cars are furious, and with good reason,” Steve Berman, managing partner of Hagens Berman, said. “Not only did they pay more for something they never received, but they’ve been victim to a tremendous act of deception. Volkswagen marketed these cars as clean, even calling them ‘CleanDiesel,’ while knowingly implementing this software to cheat emissions tests. And it chose to target the group of consumers who care most about being environmentally conscious.”

In Southern California, the firm McCuneWright, along with another firm, filed a class action complaint against Volkswagen Group of America, accusing the company of “one of the most deliberate and blatant frauds to be perpetrated on the marketplace.”

“So many of these people … feel so betrayed,” attorney Richard McCune told ABC News.

McCune said the consumers were “trying to do the right thing … being green and being responsible.”

Volkswagen CEO Martin Winterkorn said today, “Millions of people all over the world trust our brands, our cars and our technologies. I am deeply sorry that we have broken this trust. I would like to make a formal apology to our customers, to the authorities and to the general public for this misconduct. We will do everything necessary to reverse the damage. And we will do everything necessary to win back trust – step by step.”

A spokesman for Volkswagen decline to comment to ABC News about the lawsuits.