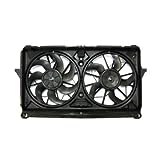 (Bloomberg) — President Barack Obama said the full opening
of relations between Cuba and the U.S. may take years, even as
he offered assurances the new U.S. stance will bring change to
the island nation’s closed society.

Despite vehement criticism from Republican lawmakers and
some Democrats, the president said he was confident his reversal
of the half-century-long U.S. effort to isolate its Caribbean
neighbor 90 miles off the coast of Florida was the right course.

Increasing U.S. travel and trade “chips away at this
hermetically sealed society, and I believe offers the best
prospect then, of leading to greater freedom, greater self-determination on the part of the Cuban people,” Obama said at a
White House news conference Friday before leaving for vacation
in Hawaii.

“We’re not at a stage here where me visiting Cuba or President Castro coming to the United States is — is in the cards.”

Obama spoke two days after he announced the U.S. would move
to restore diplomatic relations with Cuba for the first time in
more than a half-century, removing one of the last remnants of
the Cold War.

While it represents a major shift in U.S. policy, he said
it would be “unrealistic for me to map out” the pace of change
in Cuba that he expected would move “in fits and starts.”

Obama also tamped down speculation he would fly to Havana
to meet with the country’s president, Raul Castro, saying that a
trip to Cuba might only come after he’s left office.

“We’re not at a stage here where me visiting Cuba or
President Castro coming to the United States is — is in the
cards,” Obama said. “I don’t know how this relationship will
develop over the next several years.”

A full lifting of the U.S. embargo on trade and travel
would require action by Congress, where Cuban-American lawmakers
have denounced Obama’s action as a capitulation to the Castro
regime. Some Republicans, led by Florida Senator Marco Rubio, a
potential contender for his party’s 2016 presidential
nomination, say they will work to block Obama from normalizing
relations with Cuba.

“I will certainly weigh in” on behalf of legislation
lifting the embargo, Obama said. “But I don’t anticipate that
that happens right away.”

Obama’s policy change was the culmination of more than a
year of secret negotiations that involved an intercession by
Pope Francis, the facilitation of the Canadian government and an
extraordinary telephone conversation between the U.S. leader and
the Cuban president.

He punctuated his remarks Friday with a light-hearted joke
about former Cuban leader Fidel Castro, long a pariah in
American politics. He said that in speaking to Raul Castro, his
older brother Fidel came up only once. After making introductory
remarks lasting 15 minutes, Obama said, he apologized to the
Cuban president for the length of his remarks.

“Don’t worry about it, Mr. President. You’re still a young
man, and you have still the chance to break Fidel’s record. He
once spoke seven hours straight,” Obama said Raul Castro told
him. “And then President Castro proceeded to deliver his own
preliminary remarks that lasted at least twice as long as
mine.”

The embargo of Cuba, first imposed in 1960 after the Cuban
revolution and tightened in later years, has persisted in part
because of the influence of the Cuban-American exile community
in Florida. Generational shifts have reduced support for the
embargo, though Obama’s moves drew criticism from some Cuban-American lawmakers.

Cuba also is confronting geopolitical shifts as its
longtime patrons, Russia and Venezuela, are being squeezed by
plummeting oil prices.

Within the deal, the two governments wrapped the release of
American aid worker Alan Gross and the exchange of a U.S. spy
being held in a Cuban jail for three Cuban intelligence agents.
Cuba also agreed to release 53 people the U.S. considers
political prisoners, U.S. officials said.

While Obama’s changes won’t open Cuba to U.S. tourism, they
will make it easier for U.S. businesses to export to Cuba’s
construction, telecommunications and agricultural sectors.
Commerce Secretary Penny Pritzker is planning a trade mission to
the island.

To contact the editors responsible for this story:
Steven Komarow at
skomarow1@bloomberg.net
Joe Sobczyk, Michael Shepard