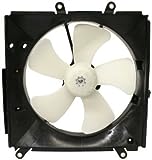 Obama warns North Korea over Sony hack: ‘We will respond’ – Times of India

Posted: Saturday, December 20, 2014
WASHINGTON: US President Barack Obama on Friday warned North Korea it would face retaliation over a cyber attack on Sony Pictures and pledged not to bow to dictators, as an envoy for Pyongyang denied involvement.

Threats issued after the November attack prompted the movie giant to cancel the Christmas Day release of “The Interview,” a madcap satire about a CIA plot to kill North Korean leader Kim Jong-Un.

The anonymous hackers invoked the memory of September 11, 2001 in threatening attacks on cinemas screening the film, prompting major theater chains to say they would not screen it.

In addition to the threats, Sony has seen the release of a trove of embarrassing emails, scripts and other internal communications, including information about salaries and employee health records.

Obama, addressing reporters after the FBI said Pyongyang was to blame, said Washington would never bow to “some dictator” but admitted he believed Sony had erred in pulling the film.

“I’m sympathetic to the concerns that they faced. Having said all that, yes, I think they made a mistake,” he said.

“We cannot have a society in which some dictator some place can start imposing censorship here in the United States.”

Earlier, the FBI said it “now has enough information to conclude that the North Korean government is responsible for these actions.”

“Such acts of intimidation fall outside the bounds of acceptable state behavior,” the agency said in a statement.

A Sony source had told AFP that the studio also believes Pyongyang was behind the attack.

Pyongyang’s mission to the United Nations, however, denied any involvement.

“Our country has no relation with the hacker,” North Korean political counselor Kim Song told AFP.

The attackers used malware to break into the studio and render thousands of Sony Pictures computers “inoperable,” forcing the company to take its entire network offline, the FBI said.

It said analysis of the software tools used revealed links to other malware known to have been developed by “North Korean actors.”

It also cited “significant overlap” between the attack and other “malicious cyber-activity” with direct links to Pyongyang, including an attack on South Korean banks carried out by North Korea.

“We are deeply concerned about the destructive nature of this attack on a private sector entity and the ordinary citizens who worked there,” the FBI said.

Homeland Security Secretary Jeh Johnson called the hack “an attack on our freedom of expression and way of life,” and said CEOs should assess cyber security measures in place at their firms.

Pyongyang has repeatedly denied involvement in the brazen November 24 cyber attack, but nevertheless hailed it as a “righteous deed.”

The North’s top military body, the National Defense Commission, slammed Sony for “abetting a terrorist act while hurting the dignity of the supreme leadership,” according to state news agency KCNA.

The FBI nevertheless said it would “identify, pursue, and impose costs and consequences on individuals, groups, or nation states who use cyber means to threaten the United States or US interests.”

But the FBI statement appeared to indicate the US government was treating the incident as more of a criminal act.

“We follow the facts and evidence wherever they lead, to identify the fingers at the keyboards that threaten our people, our companies, and our national security,” said John Carlin, assistant US attorney general for national security.

Chris Dodd, a former US senator and the current head of the Motion Picture Association of America, called the cyber attack “a despicable, criminal act.”

Free speech advocates and foreign policy hawks slammed Sony’s decision to pull “The Interview” as cowardice in the face of a hidden enemy.

McCain said it set a “troubling precedent that will only empower and embolden bad actors to use cyber as an offensive weapon even more aggressively in the future.”

But Sony defended its decision, saying the safety of theater patrons was at risk.

“This was a terrorist act, and you don’t take that lightly,” the company source said. “This is much bigger than us … it’s a whole new world, now warfare is on the cyber level.”