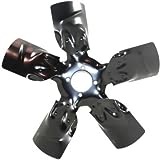 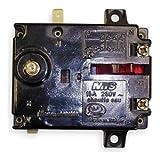 WASHINGTON — The oil and railroad industries are urging federal regulators to allow them as long as seven years to upgrade existing tank cars that transport highly volatile crude oil, a top oil industry official said Tuesday. The cars have ruptured and spilled oil during collisions, leading to intense fires.

Jack Gerard, president of the American Petroleum Institute, told reporters that his group and the Association of American Railroads are jointly asking the Transportation Department for six months to 12 months for rail tank car manufacturers to gear up to overhaul tens of thousands of cars and another three years to retrofit older cars.

The two industries, at odds until recently over how best to prevent oil train collisions and fires, also want three years after that to upgrade newer tank cars manufactured since 2011, known as “1232 cars,” he said.

The government’s more aggressive timeline could hurt consumers by disrupting the production and transportation of goods including chemicals, gasoline, crude oil and ethanol, he said. All are shipped in the same type of tank cars under government regulations.

The oil and railroad industries have made concessions to agree on a safer design for newly manufactured cars. The design adds safety features including “thermal blankets” between the shell of the tank car and an outer jacket. In a fire, the blanket helps prevent oil in tank cars that have not ruptured from overheating and exploding. But the design doesn’t include a thicker shell previously sought by the railroad industry.

The petroleum institute initially had opposed changing the 1232 car’s design, while the railroad industry sought extensive changes. Shippers such as oil companies will bear most of the cost of tank car retrofits and design changes because they lease or own tank cars, not the railroads.

The oil industry is also now opposing a proposal that oil trains be required to install electronically controlled brakes, a key concern for railroads. Electronically controlled brakes stop all the cars on a train at the same time rather than sequentially, which safety officials say can reduce the number of cars that derail in an accident. Railroad industry officials say safety benefits would be minimal and cost $12 billion to $21 billion, according to a CSX estimate.

Rail shipments of crude oil have grown from a few thousand carloads a decade ago to 434,000 carloads last year, in part thanks to an oil fracking boom in the Bakken region of North Dakota, Montana and southern Canada. Since 2008, there have been 10 significant derailments in the U.S. and Canada in which crude oil has spilled from ruptured tank cars, often igniting and resulting in huge fireballs, according to the National Transportation Safety Board.