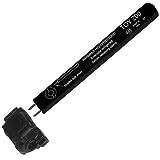 The Obama administration opened an all-out effort Monday to sell its nuclear diplomacy with Iran, with the president and several top aides laying out the case for a negotiated deal as Israeli Prime Minister Benjamin Netanyahu prepared to mount an unprecedented challenge to the policy in an address to Congress on Tuesday.

The administration’s offensive, in a series of speeches and interviews, marked the first part of an extraordinary debate in which a foreign official, Netanyahu, has in effect taken on the role of leader of the opposition on an issue — preventing Iran from obtaining a nuclear weapon — that President Obama has declared to be a top national security priority.

Although the U.S. and Israeli governments agree on the goal, Netanyahu and Obama disagree profoundly on how best to achieve it.

In an interview on the eve of Netanyahu’s speech, Obama made his most detailed public comments to date on the terms he would accept, saying that Iran would have to agree to a deal lasting at least 10 years that would limit its nuclear efforts, provide for strict international inspections and reduce its stockpile of enriched uranium enough to guarantee that “at least a year” would be needed to generate enough fuel for a weapon.

Whether Iran’s government, which denies it seeks a nuclear weapon, will agree to the necessary inspections and other terms remains unclear, Obama told the Reuters news agency.

“But if they do agree to it, it would be far more effective in controlling their nuclear program than any military action we could take, any military action Israel could take and far more effective than sanctions will be,” the president said. There are “no other steps we can take that would give us such assurance that they don’t have a nuclear weapon.”

Middle East
In Benjamin Netanyahu’s speech to Congress, a message for Israel

Reducing Iran’s stockpile of enriched uranium to keep the country at least a year away from “breakout capacity” would ensure “that we can take military action to stop them” if it tried to develop a nuclear weapon, Obama said.

Netanyahu, opening his visit to Washington with a warm-up speech to the annual conference of the American Israel Public Affairs Committee, a major pro-Israel lobbying group, stated his disagreement in stark terms.

The talks between Iran and six world powers are headed for a “potential deal with Iran that could threaten the survival of Israel,” he said.

In his view — shared by many Republican leaders in Congress and other critics of the administration — Obama, Secretary of State John F. Kerry and their aides have been too eager to reach a deal with Tehran. As a result, he says, they have made too many concessions in the negotiations now moving rapidly toward a March 24 target for nailing down the basic terms of an agreement.

Netanyahu said his speech to Congress was “not intended to show any disrespect to President Obama or the esteemed office that he holds. I have great respect for both.”

But, he said, “I have a moral obligation to speak up in the face of these dangers while there’s still time to avert them.”

For thousands of years, he said, Jews had no state to defend them and no voice on the international stage. “Today, we have a voice. And tomorrow — tomorrow, as prime minister of the one and only Jewish state, I plan to use that voice.”

National security advisor Susan Rice shot back in her speech at the conference several hours later.

“Sound bites won’t stop Iran from getting a nuclear weapon,” she said. “Strong diplomacy, backed by pressure, can.

“We cannot let a totally unachievable ideal stand in the way of a good deal,” Rice said.

She drew sustained applause by noting that many at the conference would like to see Iran forced to give up all capability to enrich uranium. But that is “neither realistic nor achievable,” she told them.

“Even our closest international partners” do not agree that Iran should be perpetually denied the right to a civilian nuclear program, Rice said.

“If that is our goal,” she said, “our partners will abandon us, undermining the sanctions” that have put pressure on the Iranian government. “That is not a viable negotiating position.”

Any deal the U.S. would agree to “would verifiably cut off every pathway” Iran has to create plutonium or enrich uranium to weapons grade, she said. A deal would also have to “ensure frequent and intrusive inspections” at Iran’s nuclear sites that would last even longer than the 10-year restrictions on uranium enrichment.

Kerry, speaking in Geneva as he prepared for talks with Iranian Foreign Minister Mohammad Javad Zarif, made a similar argument, saying that even a military strike would not provide the same level of protection against an Iranian bomb program as a verifiable, negotiated deal.

Even if an airstrike hit its targets, Iran would retain the knowledge about uranium enrichment that it has amassed over two decades of nuclear development, Kerry said.

Because Israel is not at the table for the negotiations with Iran, which involve the U.S., Britain, France, Germany, Russia and China, Netanyahu’s best opportunity to derail a deal is to persuade Congress to block it. That has created a degree of tension in the relationship between the two governments that has not existed for decades.

The substantive differences have been complicated by politics in both countries. Netanyahu faces an election March 17 and has used his staunch opposition to an Iran deal as a way to consolidate support among conservative voters.

In Washington, House Speaker John A. Boehner (R-Ohio) extended the invitation to Netanyahu to address Congress without informing the White House until arrangements were final. Many Democrats saw that as a slap at the president and a deliberate effort by the Israelis to play on partisan tension in Washington.

Officials in Netanyahu’s government have tried “to cherry-pick some facts about those negotiations in a way that radically distorts the negotiating position of the United States and our international partners,” Earnest said. “That is counterproductive and certainly something that we are not appreciative of, to put it mildly.”

But both sides insisted, at least publicly, that the fight will not undermine the long-standing alliance between the U.S. and Israel.