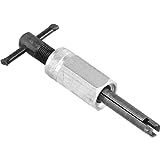 One dead, hundreds trapped after fire breaks out on ferry near Greek Island – Fox News

ATHENS, Greece –  Italian and Greek military and coast guard rescue crews battled gale-force winds and massive waves Sunday as they struggled to rescue hundreds of people trapped on a burning ferry adrift between Italy and Albania. At least one person died and two were injured.

The Italian Defense Ministry said 165 of the 478 people on the ferry had been evacuated by Sunday evening, more than 14 hours after the fire erupted.

“It will be a very difficult night. A night in which we hope we will be able to rescue all on board,” Greek Merchant Marine Minister Miltiadis Varvitsiotis said in Athens.

He said 10 merchant ships were in the area assisting rescue efforts, and that those who had already taken on dozens of passengers from the stricken ferry would remain in the area until the operation was over. Only then would it be determined where they would go, Varvitsiotis said.

The fire broke out before dawn Sunday on a car deck of the Italian-flagged Norman Atlantic, traveling from the western Greek port of Patras to the Italian port of Ancona on the Adriatic, with 422 passengers and 56 crew members on board.

Italy and Greece sent navy and coast guard vessels and helicopters, while nearby merchant ships lined up to form a barrier to protect the ferry from towering waves and facilitate rescue. As darkness fell, Italian Defense Minister Roberta Pinotti said rescue operations would continue through the night.

Varvitsiotis described the efforts as “one of the most complex search and rescue operations we have dealt with in recent years.”

Most of those rescued were transported to other nearby ships, but nine were taken to the Italian town of Lecce. Of those, three children and a pregnant woman were being treated for hypothermia in Lecce hospital. Dr. Raffaele Montinaro said the children were in “excellent” condition, and emergency room doctor, Antonio Palumbo, said the mother’s condition was also good.

The Italian Navy said the man who died and one injured person were transported by helicopter to the southern Italian city of Brindisi. It was unclear how the death or injury occurred, but the Greek Coast Guard said the pair were found in a lifeboat rescue chute.

The second injury was to a member of the Italian military involved in the rescue operation, Coast Guard Admiral Giovanni Pettorino said.

Pettorino told Italy’s Sky TG24 TV that two Italian tugs tried to attach themselves to the ferry in the evening, but failed because the smoke was too strong.

Thick smoke engulfed the ferry, and passengers still on board said the ship had begun to list to one side.

Passengers described scenes of terror and chaos when the fire broke out as they slept in their cabins.

“They called first on women and children to be evacuated from the ship,” Vassiliki Tavrizelou, who was rescued along with her 2-year-old daughter, told The Associated Press.

“Ships could not approach us because of the rain and winds,” Tavrizelou said in a telephone interview from Lecce. “We were at least four hours on the deck, in the cold and rain.”

She recalled the ship alarm going off and seeing fire from her cabin. “Then we heard explosions,” she said. It was not immediately clear what the explosions were, and the cause of the fire has yet to be determined.

Passenger Giorgos Stiliaras told Greek Mega TV that passengers were having trouble breathing with all the smoke. “We are outside, we are very cold, the ship is full of smoke,” he said by telephone. “The boat is still burning, the floors are boiling.” He recalled people being awakened by “the smell of burning plastic.”

The ship, run by a Greek ferry company, was packed with holidaymakers and truck drivers making the popular transport run between Greece and Italy. Of those on board, 234 passengers and 34 crew are Greek, said Greek Merchant Marine spokesman Nikos Lagadianos.

Other passengers are from Turkey, Albania, Italy and several other countries, including Germany, Switzerland, Belgium and France. The crew are Greek and Italian.

Greek Prime Minister Antonis Samaras was in contact with his Italian counterpart, Matteo Renzi, to coordinate the operation.

“We are committed to rescuing everyone on the ship, and are trying to ensure that nobody will be left unaided,” he said.

In a separate naval incident, a Turkish cargo ship collided with another merchant vessel and sank near a foggy Italian port in the northern Adriatic, killing two crew members and leaving four others missing in cold, rough seas, Italian officials said.