Fire trucks and an airport shuttle are on the scene at the Halifax International Airport.(Photo: Mike Magnus, AP)

More than 20 people were taken to hospital early Sunday after an Air Canada plane skidded off the runway at Halifax Stanfield International Airport in Nova Scotia in bad weather.

The airline tweeted that a preliminary count indicated there were 132 passengers and five crew members aboard the Airbus A320. All left the plane after the incident. The airport later tweeted that 25 people were taken to hospital with non life-threatening injuries.

Peter Spurway, a spokesman for the airport, said the plane “took a very hard landing and skidded off the runway” at around 12:35 a.m local time, CBC News reported. Heavy snow was reported in the area at the time.

We are thankful no serious injuries have been reported. Airfield currently closed. Pls ck with airline for flight status.

“Right now, we have some minor injuries. Nothing that is deemed to be life-threatening,” Spurway said, according to the broadcaster.

He said the incident was not a crash because the plane, which had departed Toronto, is believed to have been under control when it came into the airfield. He added that there is no indication what caused the hard landing, CBC reported.

Power at the airport was briefly knocked out and Nova Scotia Power tweeted that they had restored it. The cause of the outage was not clear. Spurway said he was not sure if the two incidents are connected.

Greg Wright, who was waiting for his 13-year-old son, who was a passenger on the plane, told the broadcaster he thought his son was joking when he called from the aircraft.

The airport says the airfield is closed with no flights arriving or departing. Spurway said the damaged plane will need to be removed before operations can resume. He said federal investigators have been called in over the incident, CBC reported. 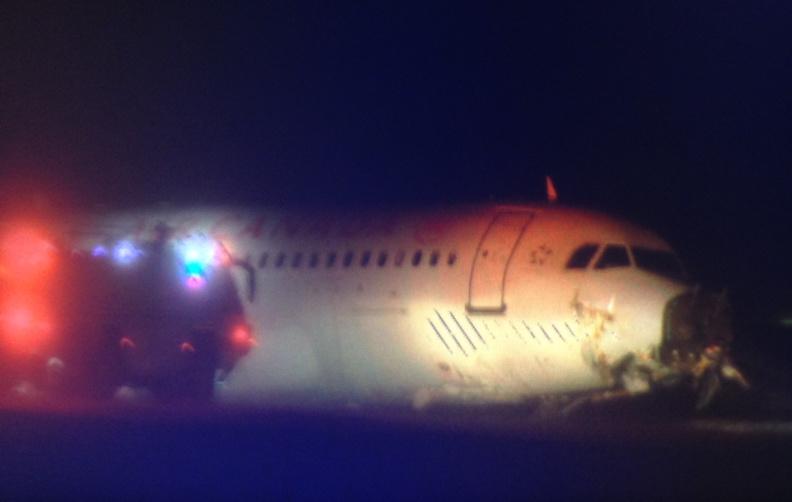