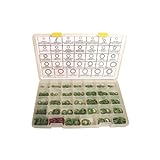 Palestinian leaders say they will look to join the International Criminal Court to pursue action against Israel, a day after their bid for statehood failed in the United Nations Security Council.

Palestinian representative to the U.N., Riyad Mansour said the Palestinian people can no longer wait. He said officials will meet Wednesday to discuss ICC membership as an avenue to bring charges of possible war crimes against Israel.

Late Tuesday, the 15-member U.N. Security Council voted against a draft resolution that demanded Israel withdraw from the occupied territories.

There were eight votes in favor of the measure, two against and five abstentions. Australia and the United States voted against the resolution.

Even if the measure had received the nine votes needed from the council’s 15 members, the U.S. vote against it would have effectively vetoed the resolution.

U.S. Ambassador to the U.N. Samantha Power said Israeli-Palestinian peace can only come from “hard choices and compromises” and that the resolution would not move the sides closer to a two-state solution.

“We voted against this resolution not because we are indifferent to the daily hardships or the security threats endured by Palestinians and Israelis. But because we know that those hardships will not cease and those threats will not subside until the parties reach a comprehensive settlement achieved through negotiations,” Power said.

Riyad Mansour, the Palestinian representative at the U.N., criticized the council and said it is not fulfilling its responsibilities.

“The Security Council has once again failed to uphold its charter duties to address these crises and to meaningfully contribute to a peaceful and lasting solution in accordance with its own resolutions,” Mansour said.

The draft would have given Israel until the end of 2017 to pull out of the West Bank and Gaza back to the pre-1967 war borders. It also called for Israel and the Palestinians to reach a peace deal within one year.

The French news agency AFP quoted a Hamas spokesman criticizing Palestinian President Mahmoud Abbas, saying the push for a Security Council resolution was a “unilateral decision” and that he has “taken the Palestinian decision-making process hostage.”

Clarification: This story was updated to clarify that, while the U.S. vote against the Palestinian statehood measure had the effect of a veto, since the resolution did not get the required nine votes to pass, the U.S. veto power was not needed.