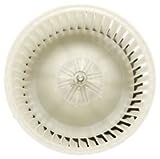 WASHINGTON –  The man who oversaw the controversial CIA interrogation program said Sunday that Rep. Nancy Pelosi was “fully aware,” of the methods used against militants, while former Vice President Dick Cheney continued to defend the program and reiterated that the U.S. “stopped short of torture.”

Both men said the techniques used — including waterboarding — had been approved by Bush administration lawyers and did not cross the legal line.

Jose Rodriguez, former director of the CIA’s National Clandestine Service, said on “Fox News Sunday” that Pelosi “knew every one of our enhanced interrogations,” including sleep deprivation as well as slapping and pushing prisoners.

Rodriguez revived previous claims that Pelosi and other top Democratic lawmakers were briefed and approved the program — which President Barack Obama now calls torture. Pelosi and other Democrats have denied Rodriguez’ claims, according to The Associated Press.

Rodriguez added that the program was the most thoroughly reviewed one in CIA history and that the recently-released Senate report betrays intelligence officials and “throws the CIA under this bus.”

Rodriguez said there was a chance that allies who had cooperated with the United States in the past might reassess their involvement.

Sen. Sheldon Whitehouse, D-R.I., a former member of the Senate Select Committee on intelligence, and Karl Rove, a former White House adviser to President George W. Bush and a Fox News contributor, were also on the program.

The two were often at odds over whether the techniques described in the report constituted torture, whether the methods were effective and if the CIA misled the White House and Congress.

The CIA report dominated most of the Sunday talk shows, with Cheney reiterating his opinion that the 6,000-page document was “deeply flawed” and “full of crap.”

Cheney, who was on NBC’s “Meet the Press,” said U.S. interrogators “stopped sort of torture” and said that he “would do it again in a minute.”

Cheney said there was “no comparison” between the methods CIA interrogators used and the death of 3,000 Americans on Sept. 11, 2001.

“Torture is what Al Quaeda did,” he said. “There is no comparison between that and what we did with respect to enhanced interrogation.”

McCain said he had a “vigorous discussion” with Cheney and former CIA Director Michael Hayden, during which he urged with them not to use some of the controversial methods detailed in the report.

“I said these things are torture. They’re in violation of the Geneva Convention and the convention against torture,” he said.

“I urge everyone to just read the report,” he said, making reference to a Senate Intelligence Committee report that Republican leaders panned last week as an attempt to smear the Bush administration.

“You can’t claim that tying someone to the floor and have them freeze to death is not torture. You can’t say 183 times someone is waterboarded,” he said.

McCain noted that waterboarding was used during the Spanish Inquisition and the United States tried and executed Japanese officers as war criminals for using waterboarding.

Cheney, though, said he was not worried about prosecution or the need for a pardon.

“No crime was committed,” he said. “Why is a pardon required?”