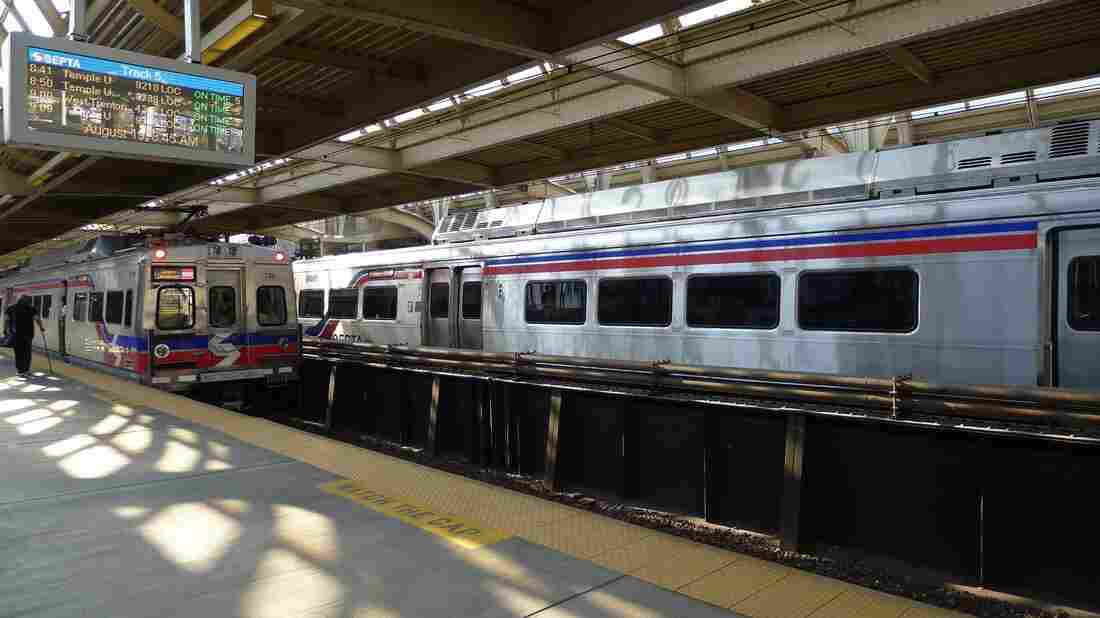 Two SEPTA Silverliner V trains, the newest railcars in the SEPTA fleet, wait in a Philadelphia train station in 2014. All Silverliner V cars have been pulled from service for repairs to significant structural problems.

Two SEPTA Silverliner V trains, the newest railcars in the SEPTA fleet, wait in a Philadelphia train station in 2014. All Silverliner V cars have been pulled from service for repairs to significant structural problems.

The Southeastern Pennsylvania Transportation Authority, which serves Philadelphia and its suburbs, found a structural defect in a Silverliner V train on Friday, according to a press release. Further inspection found that nearly all the Silverliner V cars had cracks in their main suspension system.

The rail cars are the newest in the SEPTA regional fleet — dating back no more than six years — and the suspension systems are still under warranty. All 120 of the rail cars, constituting about a third of SEPTA’s cars, are now out of service, and the regional rail system is running exclusively with its older rail cars.

The defects are “significant,” the PhillyVoice reports, with SEPTA General Manager Jeff Knueppel calling the problem an “all-hands-on-deck situation.”

“Given the high number of cracked equalizer beams, even an interim fix will take considerable time,” Knueppel said, according to the local news site. “It is likely that car shortages will persist on the railroad at least through July and August.”

Since trains were operating on a holiday schedule over the weekend and on Monday, Tuesday’s morning commute was the first time the impact hit home. Some commuters woke up an hour earlier, the AP reports, while others switched to buses or driving.

The schedule changes are rough, reports PlanPhilly, a project of member station WHYY.

“Some stations will only see a train every 30 minutes during the morning and evening peaks, and others will wait an hour between trains,” PlanPhilly says.

This is far from the first problem with the new cars, PlanPhilly notes:

“SEPTA hired Hyundai-Rotem to build the trains back in 2006. The trains arrived in 2013, three years late. Under the $274 million contract, Hyundai-Rotem was liable for $200 per day that each of the cars was delivered late. That resulted in around 65,000 late days totaling $13 million.”

Philadelphia will be hosting the Democratic National Convention in a few weeks, and SEPTA had special service planned for the convention.

But the Philly Voice reports that the Convention service would primarily rely on a separate SEPTA system.

PlanPhilly also notes that convention organizers had already been planning to use charter buses for transportation, reducing the impact of the train slowdown on delegates.