(CNN) — Still scarred by last year’s devastating Super Typhoon Haiyan, residents of the Philippines rushed Friday to stock up supplies and take cover ahead of another potentially catastrophic storm.

It is approaching the Philippines from the western Pacific Ocean and is projected to make landfall on the Eastern Samar or Northern Samar province. The storm is expected to skirt north of the city of Tacloban, which was devastated by Haiyan last year.

Officials in the coastal city of Legazpi expect to evacuate an estimated 75,000 people ahead of Typhoon Hagupit, Mayor Noel Rosal told CNN on Friday.

“There’s a danger that there will be heavy rains for about four hours and I am very, very worried at this moment,” Rosal said.

This image captured by NASA’s Aqua satellite shows Typhoon Hagupit on Wednesday, Dec. 3, 2014 at 04:30 UTC in the western Pacific Ocean. The Philippines weather bureau is advising the public to brace for Typhoon Hagupit which continues to head towards the country. 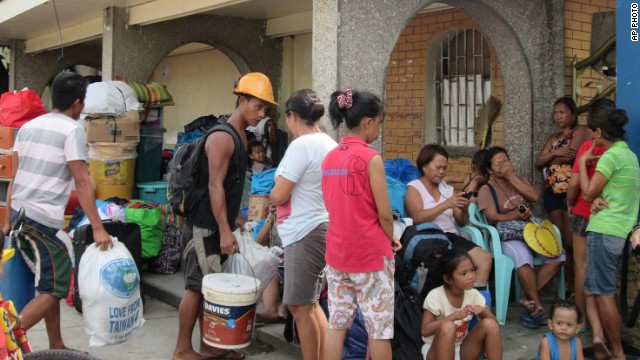 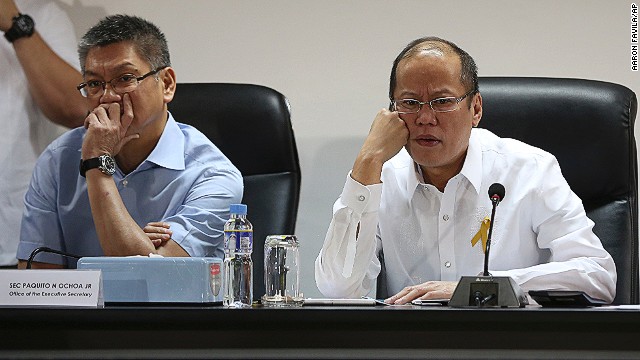 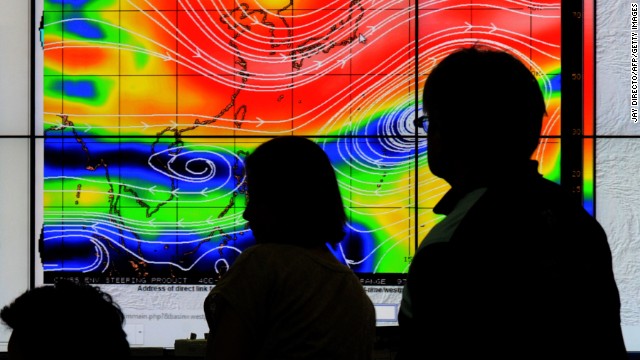 Meteorologists from the Philippine Atmospheric, Geophysical and Astronomical Services Administration (PAGASA) monitor and plot the direction of super typhoon Hagupit on December 4, 2014. 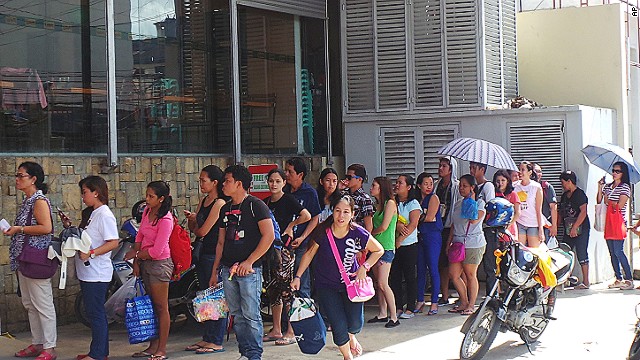 Typhoon Haiyan survivors, some of whom are still living in tents, queue up to buy groceries in Tacloban city, in central Philippines in anticipation of the incoming Typhoon Hagupit which is forecasted to hit the country this weekend. 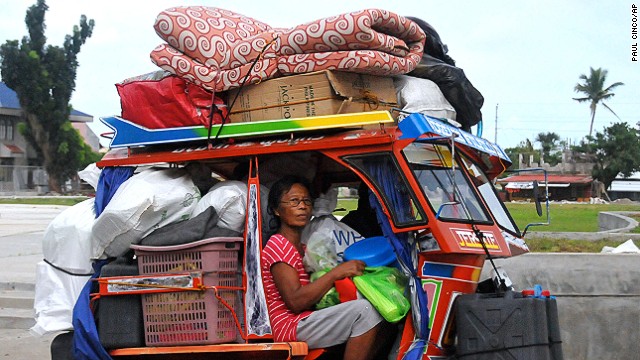 A woman from Tanauan township boards a tuk tuk carrying her belongings in anticipation of Typhoon Hagupit.

INTERACTIVE: See the latest satellite and path of the storm

Most forecasters predict the storm will move northwest through the island nation after landfall, passing south of the capital city of Manila. PAGASA projects that the storm will exit the country on Wednesday.

How Tacloban is coping

Fears over effects of the storm

With the storm fast approaching, authorities are not only worried about the typhoon itself, but the effects of the fierce winds, possible flooding and storm surge.

PAGASA warned of intense rainfall, warning of rainfall between 7.5 and 20 millimeters per hour and rough seas. It also warned of storm surge that could reach up to 5 meters (16 feet) high.

Last year, Haiyan’s massive storm surge caught many people off guard as it roared in off the Gulf of Leyte, splintering buildings and tossing large ships onto dry land.

Tacloban Mayor Alfred Romualdez said they’re better prepared this year, having learned the lessons of Haiyan a year ago. Residents are taking the storm warnings very seriously and most people have fled the city, he told CNN.

Multiple domestic flights on local carrier Cebu Air involving destinations like Butuan, Surigao and Tandag on the east coast have been canceled due to weather.

Many Filipinos took to social media to spread warnings, urge each other to prepare and pray for the country.

CNN’s Judy Kwon and Jethro Mullen contributed to this report.