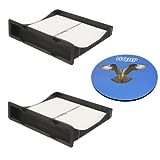 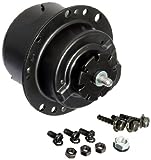 With unleaded gas down to just $1.80 per gallon – but the economy so loosey-goosey their son just spent a year looking before finding a job after college – they wondered, ‘Binge on a blingy ride, or play it safe?’

“I love it,” Joanne Brown said of pump prices that have made the payroll manager’s leased 2016 Jeep Patriot less an SUV of guilt and more a road monster of pleasure.

“Never thought we’d see it,” added Joe Brown, a highway worker who swears by the eco-friendly Ford Fusion he bought when gas soared to nearly $4 per gallon during the Great Recession in 2008.


“But that’s the thing,” he added. The drop in crude prices could be a harbinger of doom, he feared: “The economy’s tanking.”

The 115th annual auto show sought to shake off such anxieties with an ostentatious spectacle of ultra-luxury vehicles, big pickup trucks, 19 mpg SUVs, and even a “Jeep Camp” that offered free rides up a 30-degree incline inside a $56,000 Jeep Wranger Rubicon.

After U.S. sales of new cars and trucks fell to a low of 10.4 million in 2009, they hit a record high last year of 17.5 million, partly as people finally replaced old clunkers.

Manufacturers and their local dealers on Saturday sought to exploit that momentum by appealing to the aspirations, if not intentions, of the thousands expected to attend the auto show all week.

Just entering the main exhibit hall of the Pennsylvania Convention Center required that people pass a roped-off section of tycoon trophy cars. Unlike a faraway corner where relatively few people flocked to two unassuming Fiats used by Pope Francis during his visit to Philadelphia, these luxe cars at front-and-center “Exotic Alley” drew throngs. One of the papal Fiats, a 500L valued at $20,000 new, was bought at an Auto Show charity auction Friday night for $82,000.

Bentleys, Lamborghinis, and Maseratis glittered like A-list celebrities on a red carpet, sparkling just out of reach from adoring admirers armed with iPhone cameras.

“The extraordinary,” Sarah Hagmayer called the glittering cars as she and twin sister, Sam, vamped in single-shoulder dresses, dramatic makeup, flawless blonde hair and heels as showy as the smorgasboard sponsored by dealer-sponsor F.C. Kerbeck.

“These are six inches,” Sam Hagmayer said of her shoes. “Eight inches with platform.”

In the three years that the 20-year-old Tabernacle, N.J., twins have worked Exotic Alley, the cars have gotten more alluring, they said.

This year, Kerbeck included a Maserati that could be called an Everyman version of the luxe namelate. Base price for the Ghibli is $70,000 – a steal compared to the $123,500 Quattroporte.

So, then, what does he plan to do for a living?

His dad, Greg Bailey, a bond underwriter, offered the one idea that could help put him in the McLaren income bracket.

“Professional athlete of some sort,” said Bailey, 45, with a smile and a shrug.