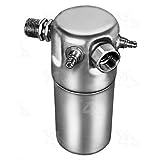 Demonstrators remember Michael Brown with a Martin Luther King Jr. Day march from the apartment complex where he was killed to the Ferguson, Mo., police station on Jan.19.(Photo: Scott Olson, Getty Images)

The investigation into the shooting, which prompted months of unrest, was largely completed weeks ago, said the officials, who were not authorized to speak publicly.

The case is now in the hands of federal prosecutors and a final decision is expected sometime before Attorney General Eric Holder leaves office in the next several weeks. The timing of his departure is dependent on the confirmation of nominee Loretta Lynch, who is scheduled for hearings next week before the Senate Judiciary Committee.

Authorities have long acknowledged that the standard for bringing a federal case against Wilson, who has since resigned, would be difficult to meet.

Prosecutors must prove that Wilson intended to violate Brown’s civil rights in the fatal August shooting. A local St. Louis County grand jury elected not to charge Wilson late last year. And reports have been circulating for months, beginning with an October Washington Post report that federal charges were unlikely.

Benjamin Crump, an attorney for Michael Brown’s family, told USA TODAY on Wednesday that neither he nor the Brown family had been informed of the Justice Department’s decision.

“The last we heard from them, they were still investigating,” Crump said. “We won’t respond to rumors and speculation because it’s too much to put the family through. They have already been through enough.”

Crump said he would respond when a final decision was made public.

Attorneys for Wilson could not immediately be reached for comment.

The St. Louis County grand jury decision in November, followed closely by a December Staten Island, N.Y., grand jury decision to clear a white officer in the chokehold death of another black man, Eric Garner, touched off national protests and a re-examination of police tactics and law enforcement’s interactions with minority communities.

A special White House task force on policing reform, created in the wake of the St. Louis and Staten Island incidents, held its first hearing last week. It is likely to make recommendations to President Obama by March 2.