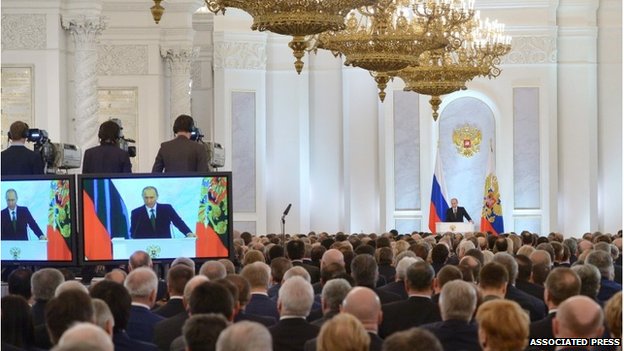 Vladimir Putin’s state of the nation address had been billed as the most anxiously awaited speech of his presidency.

Russians were looking to their leader for reassurance, worried by the near-daily slide of the rouble and warnings of recession under the twin pressures of Western sanctions and a falling oil price.

What they got was another patriotic rallying cry, and more bellicose talk directed at the West.

One adviser called it a show of strength, but critics suggested it was tired and unconvincing. Anyone who expected conciliatory steps over the crisis in Ukraine – to reduce sanctions – was disappointed.

This was the president’s own strategic vision for Russia, set out to an invited audience beneath the sumptuous chandeliers of St George’s Hall in the Kremlin.

As such, it was telling that he chose to open with a robust defence of his policy in Ukraine – there was “no way we could support this armed coup” – and an attack on the West for its constant “interference” in Russia’s internal affairs.

Despite international condemnation and the imposition of sanctions, Mr Putin expressed no regret for annexing the Crimean peninsula from Ukraine. 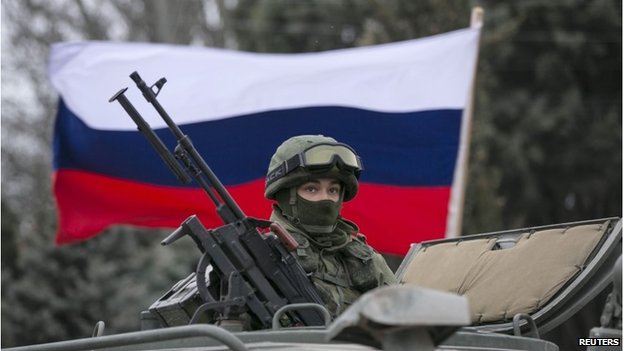 He called it a “historical reunification”, making the surprising claim that the region was of equal spiritual importance to Russians as Jerusalem’s Temple Mount is to Muslims and Jews.

He seemed tired at times – perhaps more worried by his country’s downward spiral than he admits, or maybe just because he was up through the night fine-tuning his text, according to his spokesman.

Mr Putin did not deny Russia’s economic troubles, but he did studiously avoid uttering any of the grim statistics, speaking only in the broadest terms. And his message was that none of it was his fault.

He described sanctions as simply the latest in a long line of a Western attempts to “contain” Russia and prevent it flourishing: if the crisis in Ukraine hadn’t happened, Russia’s ill-wishers would have found another way to hold her back, his argument went.

“President Putin never admits mistakes, so this speech had a sense of [being] right, of confidence and full command of the situation,” says political analyst Masha Lipman.

She argues that what it lacked was any sense of empathy for “ordinary” Russians, who are facing 9% inflation and wondering whether it is time to empty their rouble bank accounts and buy dollars. 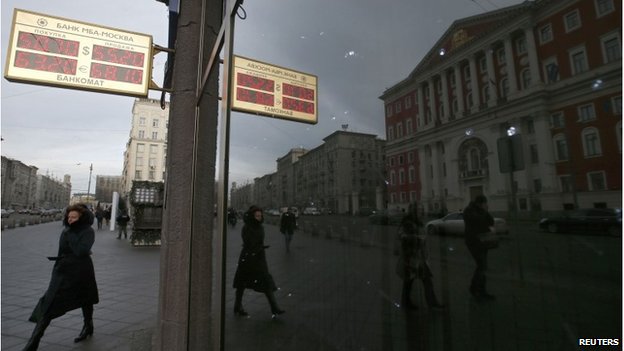 The rouble has been tumbling against the dollar

After the takeover of Crimea his rating soared over 80%, and even amid the latest economic downturn, it remains at a level most Western politicians could only dream of.

That is partly because state-controlled media have spent months glossing over the gloom.

But it is now impossible to ignore the red figures flashing the fact of Russia’s weakening rouble at every currency exchange point.

The rouble has plunged 40% against the dollar this year. This week, fiercely loyal state television even carried a report including complaints about price rises.

That mounting concern is why there was such expectation surrounding this annual address.

But some were clearly disappointed – including one of the anchors on state-run TV channel Russia 24, who wanted to know why the president had placed such stress on foreign policy in his speech, at such a time.

“There were expectations that the president would come out with a huge pill for all Russia’s economic woes, that he’d show it to everyone and that would be that,” said Mr Putin’s spokesman, Dmitry Peskov. “But it’s never like that in real life.”

He added that all the talk of foreign policy was justified at a time when outside forces are having a direct impact on Russia’s well-being.

In fact, Mr Putin’s speech did contain concrete policy suggestions on the economy, which he wants to see returning to strong growth in three to four years. He called for tax breaks for small businesses, for example, and a one-off amnesty for Russian capital stashed abroad to be returned and invested at home, no questions asked. 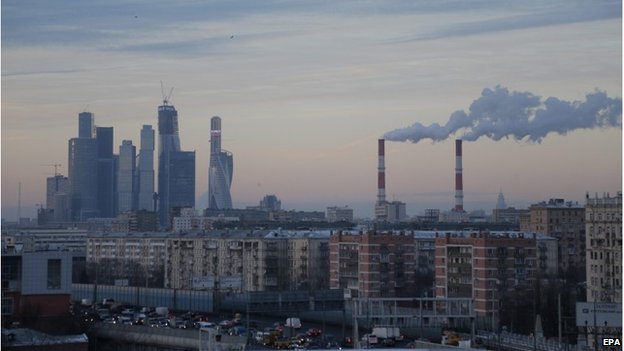 There was a bid to double the number of roads built – so helping to create jobs – and a call to end dependence on foreign equipment and machinery, and boost Russian-made equivalents.

But all of that was wrapped in an appeal to Russians’ patriotism, to rally round and support their country at a time of difficulty – caused not by its president’s ruinous policies, the speech explained, but because Russia is an independent, sovereign force that its enemies fear and want to weaken.

“I’d say up to 40 or 50% of people swallow this at the moment, but I think very soon they won’t accept it,” argues one-time prime minister turned Putin critic Mikhail Kasyanov.

“In six months, they won’t be able to blame the economic problems in every town and village on America,” he believes. “People will start asking questions. I think the clock is already ticking.”

“We are ready to take on any challenge and win,” he concluded his speech, after an hour and 10 minutes.

It’s a rousing message that might have reassured some about their future.

But Russians are only just starting to feel the pinch from the slowdown. What lies ahead is likely to put their patriotism to a tougher test.