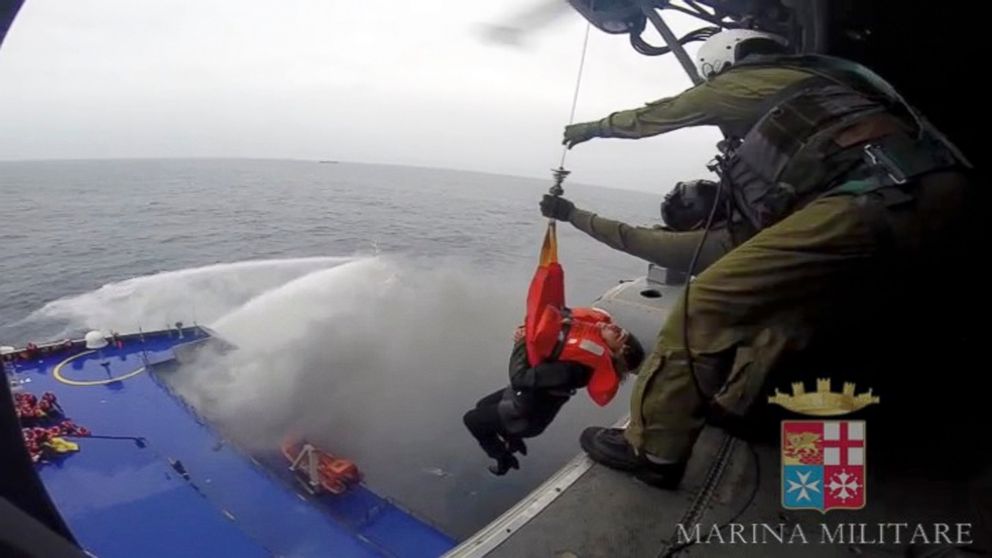 International rescue workers are in a race against the clock to save the hundreds of people still stranded on a ferry adrift in rough seas between Albania and Italy.

The Italian Navy said that 265 of the 478 people on the ferry, sailing from the Greek port of Patras to Ancona in Italy, had been evacuated by 7 a.m. Monday, with 213 still on board. Most were airlifted by helicopter to other merchant vessels sailing nearby, though a few were flown to hospitals in southern Italy to be treated for hypothermia. 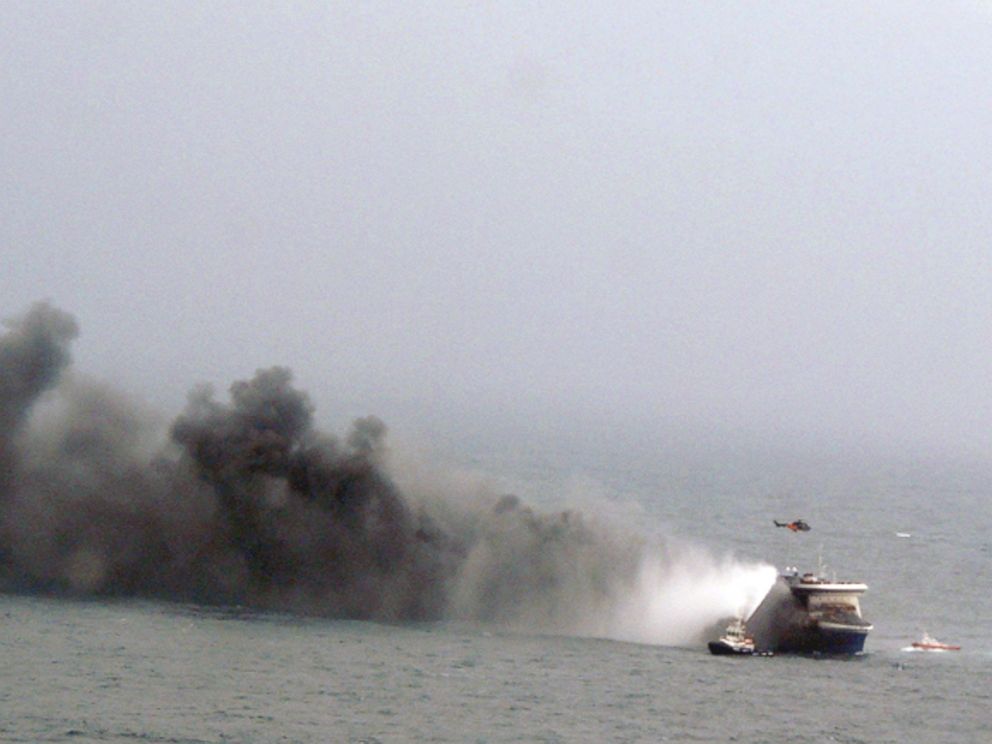 The ship, the Italian-flagged Norman Atlantic, ran into trouble when fire broke out on a car deck before dawn Sunday.

The Norman Atlantic, carrying almost 500 people had left the Greek port of Patras, sailing towards Ancona in Italy.

“There were hundreds of containers with oil, they went on fire,” one survivor said. “Floors started collapsing from the heat.” 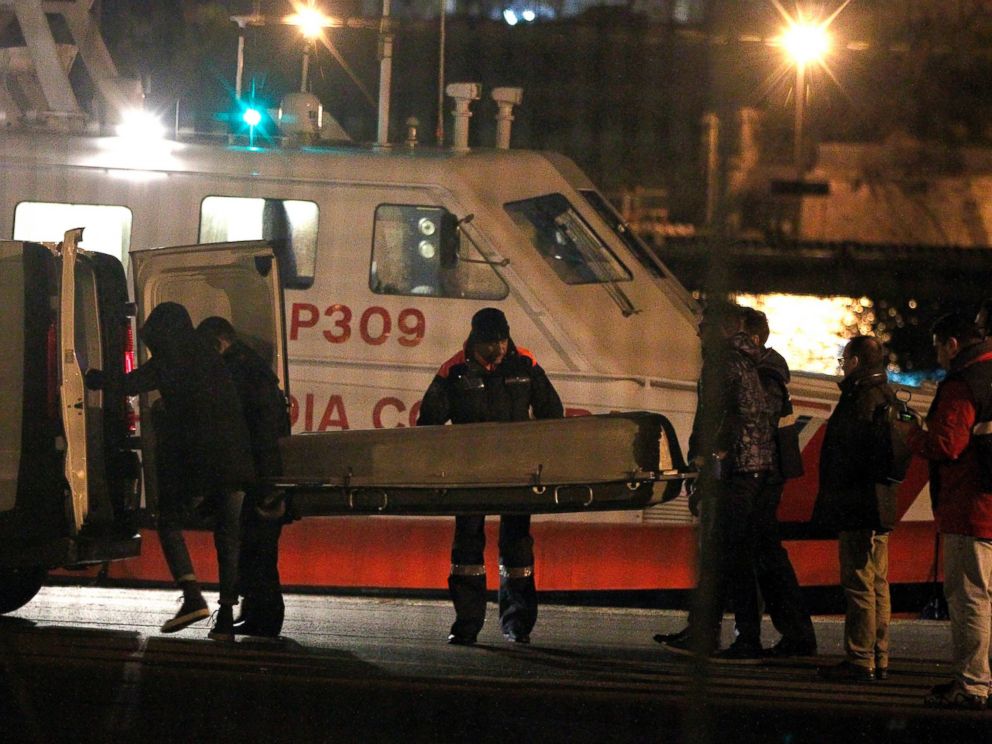 The flames that engulfed the ship’s interior have since been put out, according to the Italian navy, but gale force winds and poor visibility were hampering rescue efforts.

At least one person died and two were injured in the risky rescue operation.

“It will be a very difficult night. A night in which we hope we will be able to rescue all on board,” Greek Merchant Marine Minister Miltiadis Varvitsiotis said in Athens. 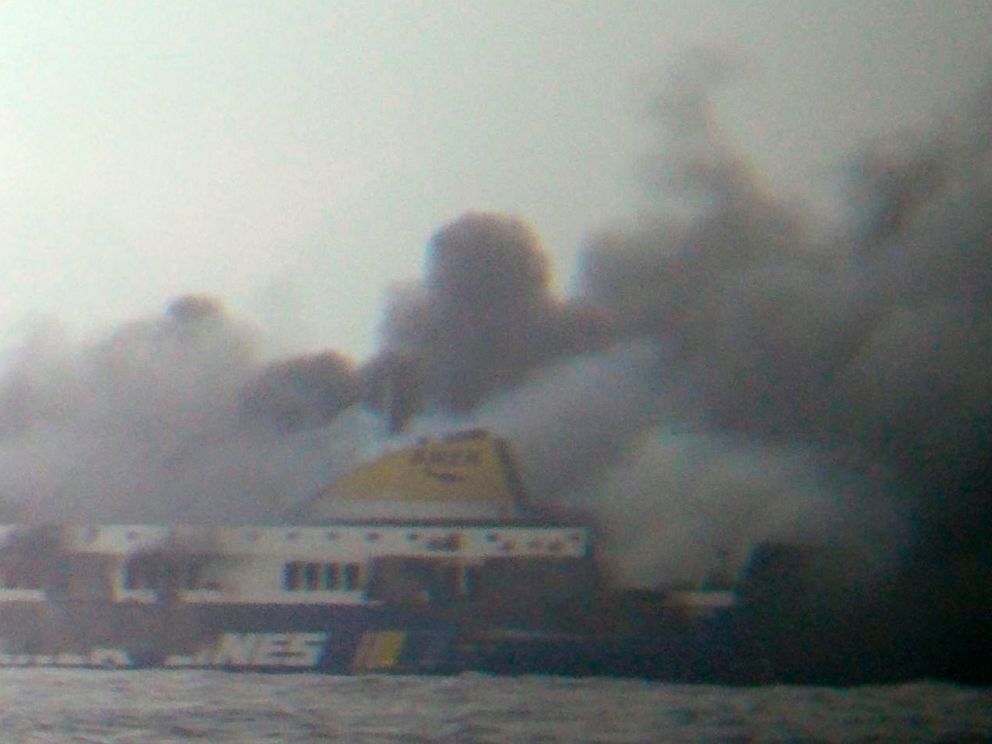 As the fire blazed, passengers fled to the vessel’s upper decks, where they huddled, pelted by rain and hail, as thick smoke billowed up from the decks below, passengers told Greek media by phone.

“We are outside, we are very cold, the ship is full of smoke,” passenger Giorgos Stiliaras told Greek Mega TV. 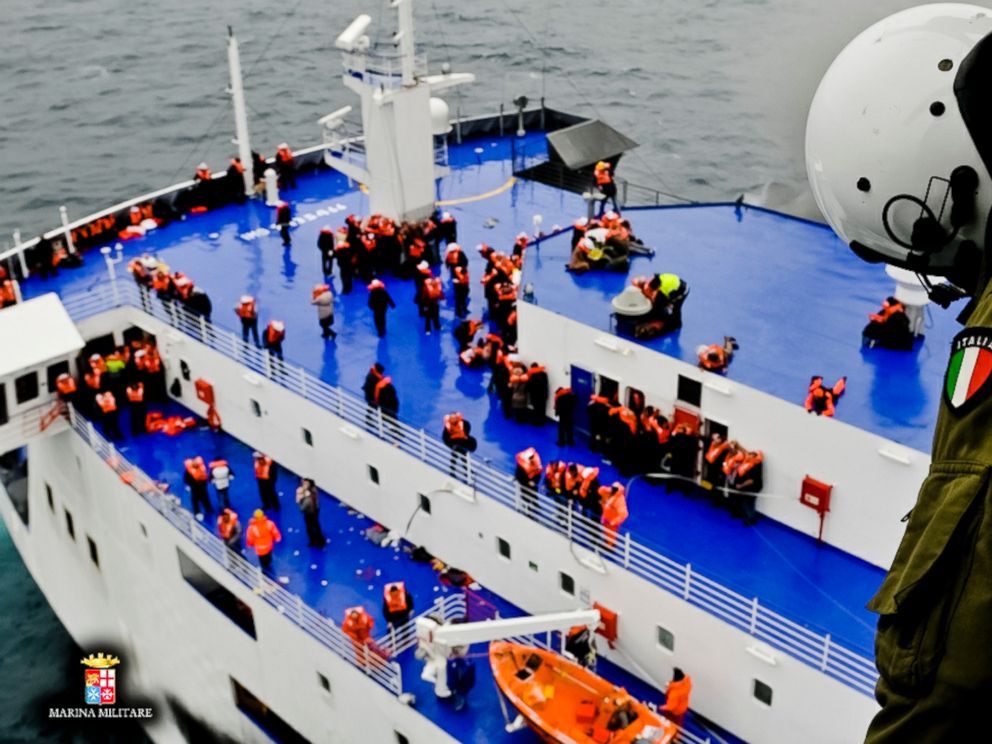 He recalled people being awakened by “the smell of burning plastic” and that the heat from the fire felt like the floors were “boiling.”

Even hours after officials said the fires on the vessel had been put out, thick dark smoke continued to billow out of the ship, complicating the rescue efforts filling the cabins of helicopters hovering over the ship trying to lift the passengers to safety. 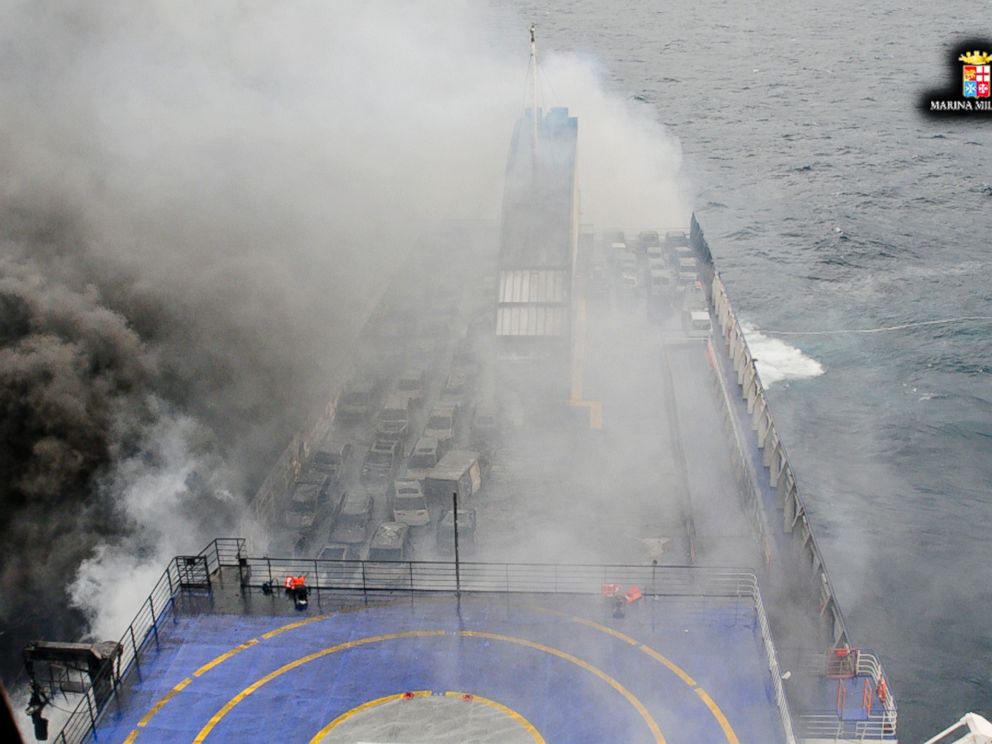