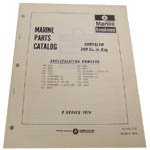 Kentucky Senator Rand Paul took his time responding to this week’s Cuba policy thaw. Florida Senator Marco Rubio, the son of immigrants who fled the pre-Castro regime, called a press conference that began just a few minutes after President Obama’s statement ended. Paul did not respond on the day, and media requests for a reaction were rebuffed. Not until Thursday morning, when Paul appeared on West Virginia’s NewsTalk 800, did he reveal his realist, libertarian response.

“The 50-year embargo just hasn’t worked,” Paul said. “If the goal is regime change, it sure doesn’t seem to be working, and probably it punishes the people more than the regime because the regime can blame the embargo for hardship.”

Paul could have left it at that–his position was consistent with his father’s, with Arizona Senator Jeff Flake, and with most libertarians who considered the Cuba policy a spectacular failure. But a few hours later, Rubio appeared on Megan Kelly’s Fox News show and was asked for his “thoughts on Senator Rand Paul’s comments supporting the president.”

“Like many people, he has no idea what he’s talking about.”

“Like many people, he has no idea what he’s talking about,” snapped Rubio. “I would expect that people would understand that if they just took a moment to analyze that, they would realize that the embargo is not what’s hurting the Cuban people. It’s the lack of freedom and the lack of competent leaders.”

That got Paul thinking, and he took to social media today to pummel Rubio. In a two-paragraph post on Facebook, Paul asked why Rubio didn’t want a “new approach” instead of the continuance of an obvious debacle.

“Senator Rubio is acting like an isolationist who wants to retreat to our borders and perhaps build a moat,” he wrote. “I reject this isolationism. Finally, let’s be clear that Senator Rubio does not speak for the majority of Cuban-Americans.”

On Twitter, Paul fired off a serious of challenges:

Rubio, who has practically achieved renter’s rights in TV studios this week, did not immediately respond, and a question to his office wasn’t answered. Paul had attacked him on a strength, on the issue Rubio is most comfortable talking about–and the one that leaves him most prone to vehemence and emotion. Rubio was getting all the attention on Cuba policy, and on the right he was driving the debate. In internet debate terms, Paul was trying to thread-jack him.

“Paul may know more re glaucoma and cataracts than Rubio,” wrote Miami-based Republican strategist Ana Navarro in a tweet, “but trying to debate Marco on Cuba is short-sighted. He’s playing out of his league.”

That’s what the national security hawks thought when Paul took on the Cheneys, and Chris Christie, and Rudy Giuliani. He’s comfortable shooting from the bunker.