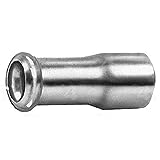 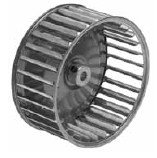 * Throwing out rebels from major city is crucial win

By Lanre Ola and Ardo Abullah

The assault on Maiduguri, with a population of around two
million, began just after midnight. Sources at two hospitals
said at least eight people had died and 27, mostly civilians,
had been injured. A second attempt to take the city’s airport in
the afternoon was also repelled.

A raid on Monguno, 140 km (80 miles) north, began later in
the morning and the town fell under militant control by the late
afternoon.

The militants also simultaneously attacked another town,
Konduga, which is 40 km (24 miles) from Maiduguri, but the
military was able to repel the raid.

The army’s inability to quash the Sunni jihadist group is a
major headache for President Goodluck Jonathan, who is seeking
re-election in February and who visited the state capital on
Saturday as part of his campaign. Opposition candidate Muhammadu
Buhari had been due to arrive on Monday.

The elections are expected to be the most hotly contested
since the end of military rule in 1999 with many fearing
violence in the aftermath.

U.S. Secretary of State John Kerry arrived in the commercial
capital Lagos on Sunday to urge the candidates and their
supporters to respect the election outcome, underscoring U.S.
concerns that post-poll violence could destabilise the country
and undermine the fight against Boko Haram.

The five-year insurgency, which aims to carve out an Islamic
state in Africa’s most populous country, has seen thousands
killed.

At around 9 a.m. (0800 GMT) on Sunday, a Reuters witness in
Maiduguri said shelling could be heard and that military
helicopters were circling the city, but by the early afternoon
calm had returned.

Scores of militants and soldiers were killed in the clash, a
military source and a civilian joint task force leader (JTF)
said.

“We’re still combing the bush for their corpses, we pursued
the Boko Haram men until Auno, 12 km outside the city…some
fled towards Mainok,” said the civilian JTF leader who declined
to be named for security reasons.

Nigeria’s defence headquarters tweeted on Sunday morning
that coordinated land and air operations were being used to
repel the attacks and a curfew had been imposed on Maiduguri.

The militants began the attack at the edge of the city in
the Njimtilo area and tried to take the airport which services
the air force as well as civilians, security sources said. Boko
Haram last attempted to take Maiduguri from the same area in
December 2013.

Along with much of Borno, the militants control some areas
of neighbouring Adamawa and Yobe states, and recently took
control of the town and a multi-national army base at Baga by
Lake Chad.

The government said 150 people had been killed in that
attack but local officials say the figure is far higher and some
have put it as high as 2,000.

In Monguno, some 50 km (30 miles) from Baga, security
sources said that the military was being overwhelmed by Boko
Haram’s firepower. Houses in the town were also being set
ablaze.

“Boko Haram has more power than us and are shelling the town
… our colleagues are fleeing,” a soldier in Maiduguri said
after speaking to friends fighting the insurgents in Monguno.

Residents of Monguno have had to flee the town.

“We saw the mobile police and soldiers also running away,
some of them telling us to find our way out as they have been
overpowered,” Madu Bakur, a Monguno resident told Reuters.

A security source said insurgents arrived Monguno at about
3.30am in a convoy of pick up trucks, throwing explosives and
shooting into houses.

“We lost some soldiers and many people died,” the security
source said.

Borno state governor Kashim Shettima said the government was
screening and taking records of survivors from Monguno in order
to accommodate them as internally displaced people.

A local government official in Konduga who declined to be
named told Reuters the insurgents stormed the restive town at
about 6am on Sunday. “The military dealt with them, killed many
of them,” he said.

(Additional reporting and writing by Julia Payne in Abuja;
Editing by Catherine Evans and Stephen Powell)