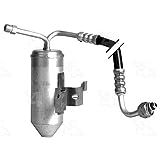 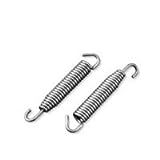 The BMW 3 Series is the model iSeeCars.com determined trades hands most frequently within the first year.

While motorists are holding onto their vehicles for longer periods – the average new-car ownership period stands at a record 6.5 years, per IHS Automotive – some models tend to change hands more quickly than others.

According to the used-vehicle website iSeeCars.com, 1.5% of all new cars are traded in within the first year of ownership, which is admittedly a drop in the proverbial bucket. But some models, whether because of buyer’s remorse or other extenuating circumstances, get dumped that quickly at a much higher rate.

Perhaps surprisingly, the list of 11 models most likely to be unloaded within the first year include six made by German luxury automakers. The top three cars – the BMW 3 Series and 5 Series and the Mercedes-Benz C-Class – are being rapidly resold at rates four times the national average. We’re featuring the full list and particulars in the accompanying slideshow.

Eight percent of all 3 Series models sold in the U.S. wind up in the resale market within a year. To be sure, the 3 Series is a “bucket list” car for a vast number of driving enthusiasts, and we might assume the thrill wears thin for some of them after a year. As it turns out, to quote Michael Corleone in The Godfather, “It’s not personal, it’s strictly business.” According to iSeeCars.com’s CEO Phong Ly, luxury-car brands often give their dealers incentives to buy a few new models to use as service-department loaner cars, then proceed to turn them over after a year’s duty.

At that, some drivers can find themselves disenchanted if they happened to choose the cheapest versions of what are otherwise opulently equipped luxury cars. “Some consumers who buy these luxury models are doing so as their first foray into the brand, only to discover that although they own the status symbol they were seeking, these particular models, especially the entry level trims, don’t provide the level of luxury they expect,” he says. “Disappointed, they trade in these cars exceptionally early.”

What’s more, some models might prove to be more problematic than many buyers are willing to accept. Nearly half of the models on the quickest trade-ins list were ranked average (3 stars) or worse in the J.D. Power 2016 U.S. Initial Quality Study, which queries consumers after 90 days of ownership. Most often, motorists report having issues with technology-related woes like Bluetooth phone pairing, voice recognition, and navigation/audio systems, which are typically the most  complex and confounding to master among gadget-packed luxury cars.

On the plus side, since a new car typically suffers its biggest chunk of depreciation almost immediately after being titled, the cars on the quickest trade-in list should sell for attractive prices on a dealer’s used-car lot. “Each of these cars represents a tremendous savings opportunity for consumers who are happy to get a near-new car,” Ly says.

For example, iSeeCars.com’s data shows that the Mercedes-Benz C-Class typically sells for nearly 20% less after a year than when it was new, with the BMW 3 Series going for 18% below its MSRP. The bargain on the list is the just-being-discontinued Chrysler 200, which can be found selling for around 30% less than its original cost as a 1-year-old used model. We’re likewise noting these discounts for each model in the accompanying gallery.

In Pictures: 11 Cars Owners Can’t Wait To Get Rid Of

The fine print: iSeeCars.com analyzed over 24 million individual new car sales of model years 2015-2017 in calendar years 2015 and 2016, identifying which were re-listed between four months and a year of its original sale date. New cars with more than 500 miles and used cars with fewer than 4,000 miles were excluded from further analysis. Models with fewer than 50,000 new car sales registered were also excluded from the list. The number of cars relisted as used was then expressed as a percentage of the number of new car sales.