(CNN)German investigators found antidepressants in the apartment of Germanwings co-pilot Andreas Lubitz this week, according to news reports.

Die Welt, a German newspaper, cited an unidentified senior investigator who said that Lubitz suffered from a severe “psychosomatic illness” and that German police seized prescription drugs that treat the condition. Lubitz suffered from a “severe subjective burnout syndrome” and from severe depression, the source told Die Welt.

The New York Times also reported that antidepressants were found during the search of his apartment. CNN has not been able to confirm the reports.

French authorities have said that Lubitz appeared to have crashed Germanwings Flight 9525 deliberately into the Alps on Tuesday as it flew from Barcelona, Spain, toward Dusseldorf, Germany, with 150 people on board.

Investigators are expected to question his relatives, friends and co-workers as they try to pin down what could have prompted the seemingly competent and stable co-pilot to steer a jetliner full of people into a mountainside.

Lubitz had been declared “unfit to work” by a doctor, German investigators said. 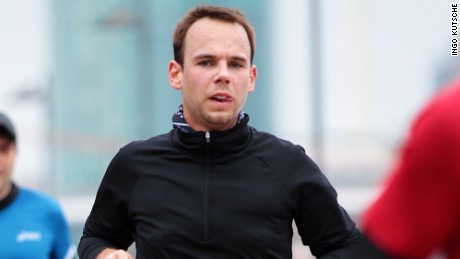 As their efforts continued, dozens of people attended a remembrance ceremony Saturday for the victims of the crash at a church in a nearby town, Digne-les-Bains, France. Most of the people on the plane were from Germany and Spain.

Relatives of the victims and local residents also gathered Saturday afternoon by a simple stone memorial set up near the crash site, in the village of Le Vernet. Flowers have been laid there, in the shadow of the snow-covered peaks of the French Alps.

The mayor of one local community said he had seen Lubitz’s father on Thursday evening, describing him as “a man in deep distress.”

“We get the impression that that man is bearing the whole weight of the disaster on his shoulders,” Bernard Bartolini, the mayor of Prads-Haute-Bleone, said Saturday.

“I can tell that this is a man whose life is totally broken,” Bartolini said. “He had so much emotion in him.”

Much attention has focused on Lubitz’s state of mind, with suggestions that he may have had mental health issues.

Investigators found a letter in the waste bin of his Dusseldorf apartment saying that Lubitz, 27, wasn’t fit to do his job, city prosecutor Christoph Kumpa said Friday. The note, Kumpa said, had been “slashed.” 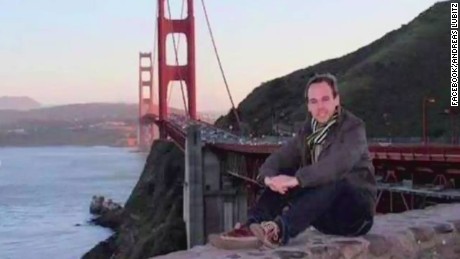 Just what was ailing Lubitz hasn’t been revealed. The New York Times and The Wall Street Journal, citing unnamed sources, reported Friday that Lubitz suffered from mental illness and kept his diagnosis concealed from his employer.

A subsequent New York Times report on Saturday, citing two officials with knowledge of the investigation, said Lubitz sought treatment before the crash for vision problems that might have put his career at risk.

According to those unnamed officials, Lubitz also was being treated for psychological issues. Other media reports indicate he was treated for depression.

Lubitz had a girlfriend, a teacher at a school in Dusseldorf not far from his apartment, according to German media.

An official with Lufthansa, which owns Germanwings, said that the exam only tests physical health, not psychological health, and that if Lubitz had vision problems, it would have been discovered during the tests.

The official also said that the company was never given any indication Lubitz was depressed, and that if he went to a doctor on his own, he would have been required to self-report if deemed unfit to fly. 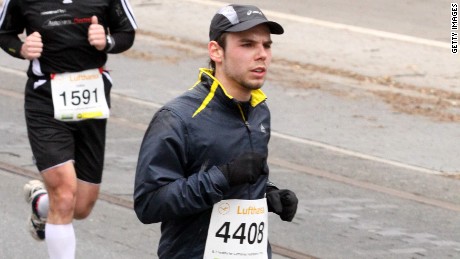 A Dusseldorf clinic said he’d gone there twice, most recently on March 10, “concerning a diagnosis.” But the University Clinic said it had not treated Lubitz for depression.

German investigators said they still have interviews and other work to do before they can reveal what they gleaned from the records found in the apartment and at his parents’ home in the town of Montabaur.

But the fact that investigators found “ripped, recent medical leave notes, including for the day of the offense, leads to the preliminary conclusion that the deceased kept his illness secret from his employer and his professional environment,” prosecutors said.

Germanwings corroborated that assertion, saying it had never received a sick note from Lubitz.

No scenario ruled out

Jean Pierre Michel, lead investigator for the French inquiry, said on Saturday that he could not yet address reports of Lubitz’s possible mental illness.

But Michel also said investigators weren’t ruling any scenario out at this point.

Lubitz is believed to have locked the pilot of Flight 9525 out of the cockpit before putting the plane on a rapid descent into the mountains, French authorities have said.

Although search teams have recovered the cockpit voice recorder, the flight data recorder remains missing. That device could reveal crucial details about what happened during the final moments of the flight.

The French Defense Ministry said in a statement that it sent a fighter jet and a helicopter to the area of the crash site after losing radio contact with the airliner.

Who was co-pilot Andreas Lubitz? 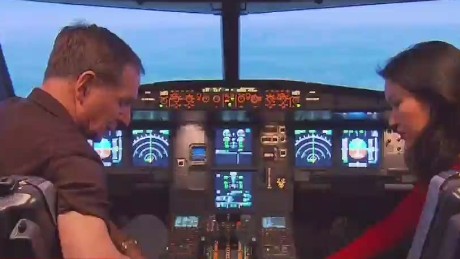 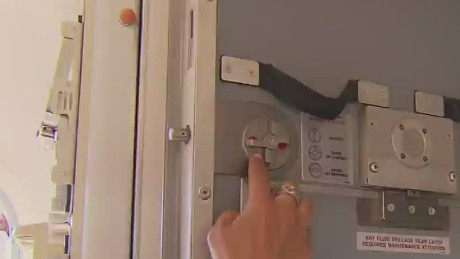 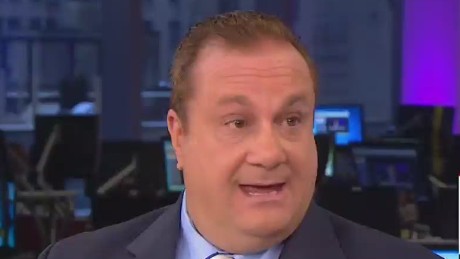 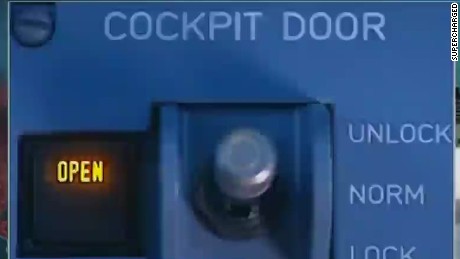 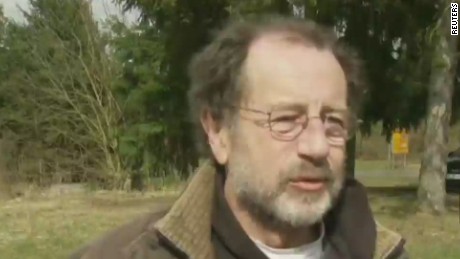 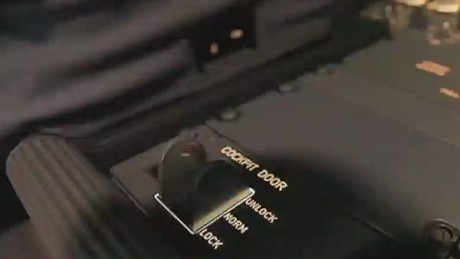 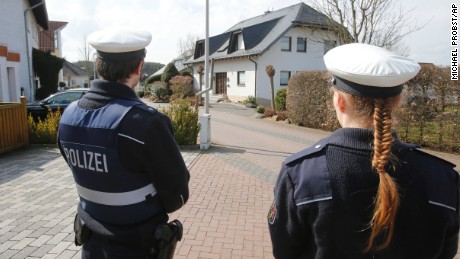 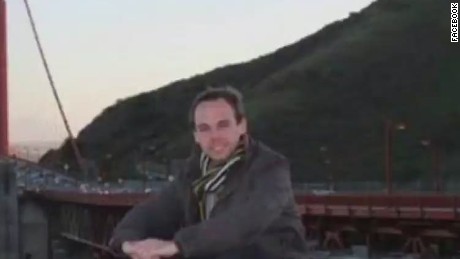 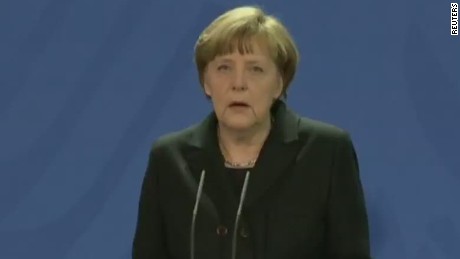 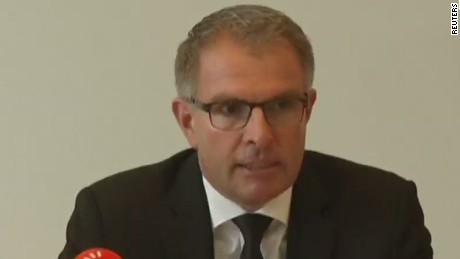 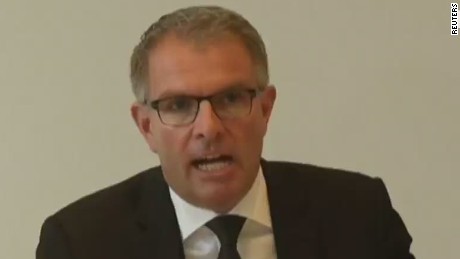 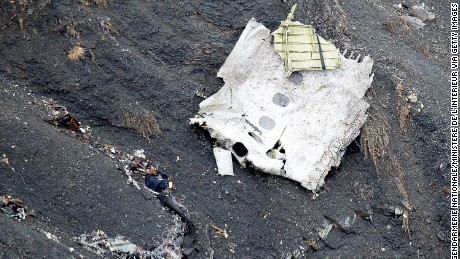 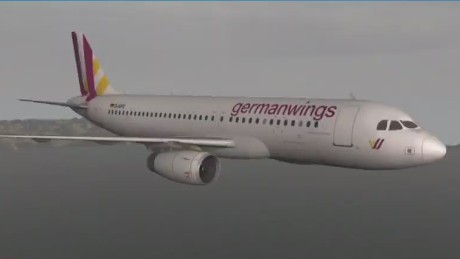 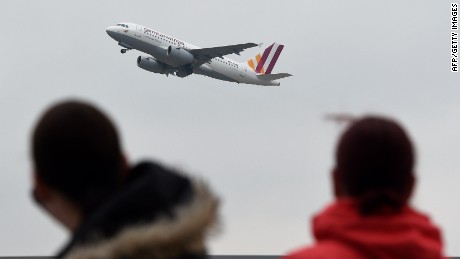 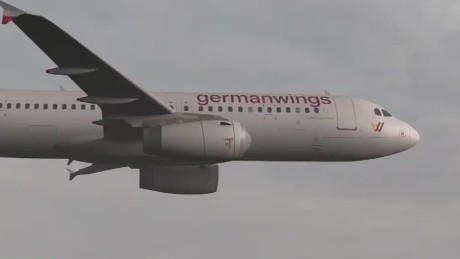