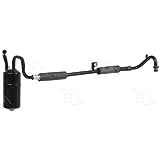 BMW used to be easy. The point of entry for the ultimate-driving-machine experience was the 3-Series, especially in four-door sedan trim. Versatile, quick, with razor-sharp handing and seating for two grown-ups in the back and room for luggage in the trunk.

BMW has been selling the 3-Series for so long that it’s kind of stuck with the thing.

Its excellence is an albatross, as the market has soured on sedans and wants SUVs. What’s BMW to do? The 3-Series wins every car-magazine comparison test and has for decades.

The automaker has tried to craft other points of entry, via the discontinued 1-Series and the 2-Series, but neither has a crossover to sell.

As buyers skip out on sedans, 3-Series sales have been getting clobbered. But it’s not as if BMW can up and say “See ya!” to its most legendary vehicle, so something different is called for.

It’s called the X1, and it’s a subcompact crossover SUV, a bit smaller and cheaper than the very successful X3.