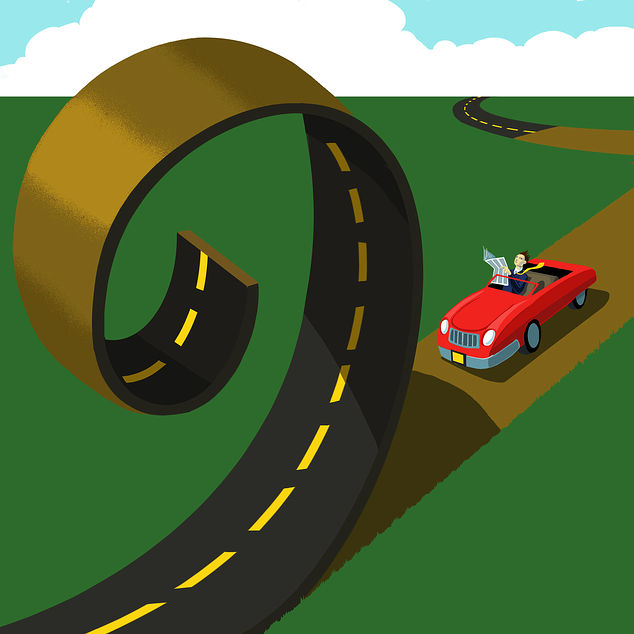 In May, a Tesla
TSLA


“autopilot” enthusiast in Florida became the first known fatality in a self-driving car. But this was no ordinary accident. The car performed exactly as designed, and the (non)driver’s failure to take any corrective action could reasonably have been foreseen by the manufacturer. This unwelcome yet widely anticipated milestone may set back progress on what promises to be one of the most valuable technologies of the 21st century.

In its rush to get hot new products into consumers’ hands, Tesla—along with many other car manufacturers—has pursued a flawed vision of the future, one in which tomorrow’s technology is simply layered on top of today’s. As with the “horseless carriages” of the early 1900s, which at first were merely added to the jumble of pedestrians and carts swarming through the streets, the real benefits of the new technology won’t be realized until we see substantial changes in our transportation infrastructure.

The true power of the automobile was unleashed only after streets were paved, lanes marked, traffic lights installed, pedestrians confined to sidewalks and horse-drawn traffic curtailed. No longer limited by the slow gait of horses, the new self-powered vehicles fueled the rise of the suburbs, revolutionized the shipment of freight and increased personal freedom. They also created whole new industries and millions of jobs.

The same will be true of self-driving cars, whose transformative potential is no less spectacular. But two things have to happen first: We must separate automated vehicles from those driven by humans, and on those new thoroughfares, every vehicle and traffic-control system must be equipped with a transponder, for sending and receiving navigational information.

The National Highway Traffic Safety Administration is soon expected to issue rules that will mandate transponders for all new cars and most trucks. This will permit vehicles to broadcast their speed, heading and braking status to anyone or anything within 300 meters, which is well beyond the range of current onboard sensors. These devices, called “V2V” (vehicle-to-vehicle) communicators, can see around corners and convey a driver’s intent (such as, say, an impending left turn), along with other relevant information. The NHTSA estimates that, at intersections alone, this simple step could prevent 500,000 crashes a year, saving 930 lives.

But the new regulations expect this technology to be used merely as an aid to drivers, like today’s cameras that let us see behind our cars. If self-driving cars equipped with these devices were to become our primary means of transportation, with special roads of their own, McKinsey & Company estimates that 90% or more of all accidents and fatalities could be avoided.

Many of these benefits will be realized by eliminating the constraints imposed by lanes, traffic lights and speed limits, which are needed primarily to accommodate the limitations of human drivers. On today’s highways, many accidents are caused, for instance, by the failure of drivers to maintain a safe following distance, the so-called “three-second rule.” But automated vehicles are capable of safely following mere inches behind another car. This alone could dramatically increase the capacity of our highways, since less than 10% of the road surface is presently occupied when they are in full use.

Automated cars and trucks also can go far faster when conditions permit and won’t need to pause at stop signs or red lights if no cross-traffic, pedestrians or other obstructions are present. The results could be dramatic: speedier commutes and commercial shipping, with far less pollution and energy use.

The potential economic and social benefits of self-driving technology are difficult to overstate. When the taxi you summon arrives within seconds and doesn’t require a driver, personal transportation will be far more convenient and much cheaper. You won’t want to own (or insure) your own car. Garages will go the way of outhouses, and the 14% of Los Angeles real estate devoted to parking can be repurposed for higher uses.

Labor productivity will soar as commuters work instead of wasting time driving to their offices. A 2014 analysis in the MIT Technology Review estimated that the aggregate financial benefit of converting the bulk of the U.S. fleet to automated vehicles would be more than $3 trillion a year—an incredible 15% of current GDP.

In the fatal self-driving accident in Florida, the car failed to recognize that a truck traveling in the other direction was about to make a left turn in front of it. Tesla pointed out that the driver also failed to take corrective action. As the company said in a statement, “When drivers activate Autopilot, the acknowledgment box explains, among other things, that Autopilot is an assist feature that requires you to keep your hands on the steering wheel at all times.”

This disclaimer may mitigate Tesla’s liability, but it’s simply not practical to ask passengers in a self-driving vehicle to remain alert and engaged. Reports from the accident scene in Florida suggest that the driver may have been watching a “Harry Potter” movie on a portable DVD player at the time.

The risk now is that politicians and government agencies, reacting to such unfortunate incidents, will enact a hodgepodge of new regulations that will hamper the development and adoption of the technology. Companies will focus their resources on the unwieldy problem of integrating limited-functionality products with today’s streets and drivers, while consumers will continue to see the technology as a mere novelty or convenience.

A better approach would be to lay out a clear strategic plan and a shared set of assumptions about the future of our transportation infrastructure. Taking the initiative in this way would better foster innovation and let the free market work its magic.

What might such a plan look like? Perhaps we could start by reserving high-occupancy-vehicle lanes or certain roads at specific times for automated vehicles. The increase in road-use efficiency might be enough to compensate for the reduced number of standard lanes. As the mix of vehicles shifted toward self-driving cars and trucks, more roadways could be switched over. Eventually, driving your own car might be something just for local streets or an activity for special recreational areas.

Without a more coherent vision of our transportation future, we will just continue to tinker with our streets, cars and trucks, and we will fail to realize the many profound benefits of vehicles that safely and speedily drive themselves.

—Dr. Kaplan is a fellow at the Center for Legal Informatics at Stanford University. His new book, “Artificial Intelligence: What Everyone Needs to Know,” will be published by Oxford University Press in October.