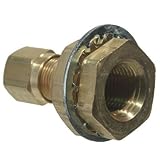 In a statement issued Friday, ‘Rolling Stone’ magazine said it had found discrepancies in its story about an alleged gang rape at the University of Virginia.
VPC

Rector George Martin speaks alongside University President Teresa Sullivan during a Board of Visitors meeting about sexual assault at the University of Virginia on Nov. 25, 2014, in Charlottesville, Va.(Photo: Ryan M. Kelly, AP)

Rolling Stone magazine said Friday that it found discrepancies in its controversial story about an alleged gang rape of a woman named “Jackie” at the University of Virginia and had lost faith in the piece — a shocking retreat coming merely days after author Sabrina Rubin Erdely defended the reporting.

“In the face of new information, there now appear to be discrepancies in Jackie’s account, and we have come to the conclusion that our trust in her was misplaced,” Will Dana, the magazine’s managing editor, wrote on its website.

“We were trying to be sensitive to the unfair shame and humiliation many women feel after a sexual assault and now regret the decision to not contact the alleged assaulters to get their account,” the post said. “We are taking this seriously and apologize to anyone who was affected by the story.”

‘Rolling Stone’ editor: Failure’s on us, not accuser

On Nov. 19, the magazine ran a story of “Jackie,” an unidentified UVA. student who says she was gang-raped at a party at the house of Phi Kappa Psi in the fall of 2012. Her shocking story with vivid details from the night of the incident and its charges that sexual assaults at U.Va. often go unreported deeply embarrassed the university and launched an investigation by school officials and local police. All Greek life activities were also suspended in the wake of the story.

Soon after the 9,000-word story ran, media critics began to question Erdely’s reportorial methods. According to Rolling Stone, she spent months talking to Jackie, her friends and university officials. But Erdely never spoke to the accused “Drew” and other men at Phi Kappa Psi.

Erdely didn’t contact the men for comments due to an agreement with Jackie, Dana said. “Because of the sensitive nature of Jackie’s story, we decided to honor her request not to contact the man she claimed orchestrated the attack on her nor any of the men she claimed participated in the attack for fear of retaliation against her,” Dana wrote.

The fraternity also spoke out Friday.

“We have no knowledge of these alleged acts being committed at our house or by our members,” according to a statement released Friday by the university chapter of Phi Kappa Psi. “Our initial doubts as to the accuracy of the article have only been strengthened as alumni and undergraduate members have delved deeper.”

A University of Virginia student looks over postings on the door of Peabody Hall related to the Phi Kappa Psi gang rape allegations at the school in Charlottesville, Va., on Nov. 24, 2014.(Photo: Steve Helber, AP)

Erdely’s story said Drew was a lifeguard at the time of the attack in the fall of 2012. But the fraternity said it couldn’t find a record of a member who worked at the aquatic center in 2012. “As far as we have determined, no member of our fraternity worked there in any capacity during this time period,” its statement said.

Jackie claimed that she was raped by the men at a party at the fraternity house that took place four weeks into the school year. But the chapter said it didn’t have a social event or a date function during the weekend of Sept. 28, 2012.

“Our Chapter’s pledging and initiation periods, as required by the University and Inter-Fraternity Council, take place solely in the spring semester and not in the fall semester,” the fraternity’s statement said. “We document the initiation of new members at the end of each spring. Moreover, no ritualized sexual assault is part of our pledging or initiation process. This notion is vile, and we vehemently refute this claim.”

Virginia Attorney General Mark Herring called on Rolling Stone to take steps to correct errors in the story rather than simply issuing a walk-back statement.

“It is deeply troubling that Rolling Stone magazine is now publicly walking away from its central story line in its bombshell report on the University of Virginia without correcting what errors its editors believe were made,” Herring said in a statement. “Virginians are now left grasping for the truth, but we must not let that undermine our support for survivors of sexual assault or the momentum for solutions.”

Herring added that the Charlottesville Police Department and an independent counsel team are separately continuing their investigation into the rape allegation.

The Washington Post, which has interviewed Jackie several times during the past week and contacted others associated with the story, reported that Jackie “stands by her version of the events.”

“I never asked for this” attention, she told the Post. “What bothers me is that so many people act like it didn’t happen. It’s my life. I have had to live with the fact that it happened every day for the last two years.”

The Post also reported that a group of Jackie’s close friends believe “something traumatic happened to her, but they also have come to doubt her account” as they haven’t been able to verify some key points.

“A name of an alleged attacker that Jackie provided to them for the first time this week, for example, turned out to be similar to the name of a student who belongs to a different fraternity, and no one by that name has been a member of Phi Kappa Psi,” the Post report said.

The Post contacted the man whose name was cited, but he told the paper that he was familiar with Jackie’s name but he had never met her in person and was not a member of the fraternity.

In a statement, University of Virginia President Teresa Sullivan said: “Over the past two weeks, our community has been more focused than ever on one of the most difficult and critical issues facing higher education today: sexual violence on college campuses. Today’s news must not alter this focus.”

“We will continue to take a hard look at our practices, policies and procedures, and continue to dedicate ourselves to becoming a model institution in our educational programming, in the character of our student culture, and in our care for those who are victims,” she said.