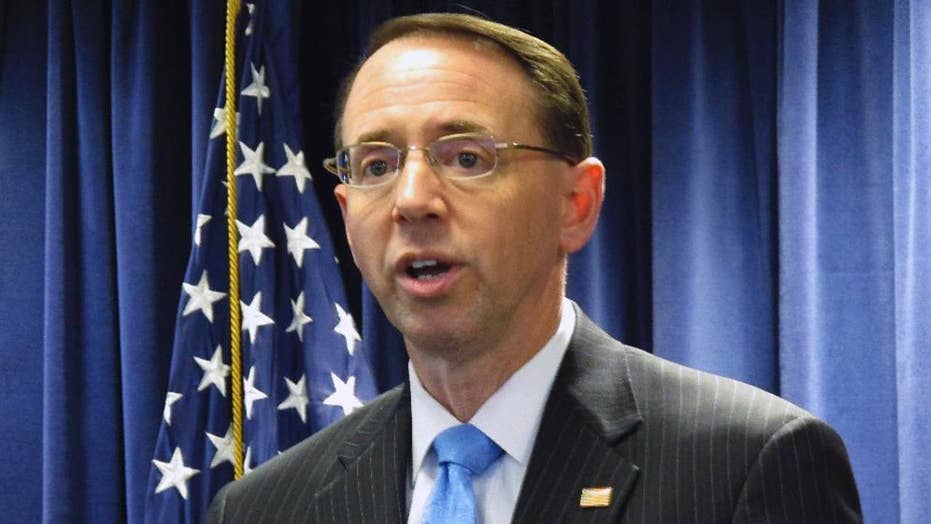 Deputy Attorney General Rod Rosenstein is expected to leave his role in the coming weeks, sources familiar with the matter told Fox News.

Rosenstein wants to ensure a smooth transition for incoming Attorney General nominee Bill Barr and plans to transition out of the job in the coming weeks, the sources said.

Rosenstein long thought of his role as a two-year position and the two-year mark is coming soon, officials close to the departing attorney general told Fox News.

ABC News was the first to report on Rosenstein’s departure.

Speculation of Rosenstein’s departure mounted after the firing of former Attorney General Jeff Sessions in November. He has, until recently, overseen Special Counsel Robert Mueller’s probe into whether Russia meddled in the 2016 presidential election and has been a target of Trump on Twitter.

While Rosenstein was never criticized by Trump as heavily as Sessions was, Trump has cited how Rosenstein signed a FISA surveillance warrant for former Trump campaign adviser Carter Page. The president has repeatedly decried the DOJ and FBI’s efforts to obtain that surveillance warrant, while blasting the Mueller probe Rosenstein previously oversaw as a “witch hunt.”

Meanwhile, Rosenstein has sparred with Republicans in Congress, especially former House Intelligence Committee Chairman Devin Nunes, R-Calif, over “slow walking” its response to document requests. The House Freedom Caucus last year drafted articles of impeachment for Rosenstein, describing that effort as a “last resort” if their demands for records were not fulfilled.

Trump nominated Rosenstein to the post in 2017. Prior to this role, Rosenstein worked as the United States attorney for the District of Maryland.