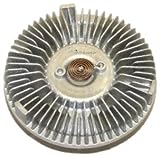 (Repeats story sent earlier with no changes in text)

Herbert Diess, head of the Volkswagen brand, is expected to
reveal at CES on Tuesday a prototype electric vehicle offering
“affordable long-distance electric mobility,” the company said.
VW watchers expect it will be a variant of a microbus – linking
the German automaker’s plans to launch 20 battery-powered or
plug-in hybrid vehicles by 2020 to a beloved model from the
past.

VW’s redoubled bet on electrification is part of an effort
to repair damage done by revelations that it sold millions of
diesel vehicles worldwide that used software to cheat emissions
tests and run dirty on the road.

GM Chief Executive Mary Barra, scheduled to give a CES
address on Wednesday afternoon, is expected to promote GM’s
vehicle electrification efforts. Barra is expected to show a
production version of the Chevrolet Bolt electric car, which GM
has said will offer a 200-mile (320-km)range and sell alongside
a new Chevrolet Volt plug-in hybrid starting next year.

However, beyond technology enthusiasts represented by CES
attendees, demand for hybrid and electric vehicles is slumping
thanks to cheap gasoline.

China’s interest in electric cars is encouraging Chinese
investor groups to back challengers to global automakers and
Silicon Valley’s Tesla Motors Inc. One of them, Faraday
Future, said it will reveal its electric luxury car at CES on
Monday evening. Faraday says it has plans to invest $1 billion
in a factory near Las Vegas.