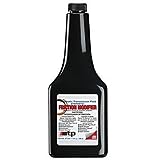 Sacramento motorists probably know this already: For all its sprawl and lengthy commutes, the city is far more manageable then Los Angeles.

Which is why Sacramento, and not Los Angeles, is about to be showered with a fleet of electric cars supplied by Volkswagen.

The carmaker announced Thursday it has chosen Sacramento as its first “Green City,” the place where it plans to spend $44 million building an electric car-sharing service, a slew of vehicle-charging stations and other benefits.

The program is part of the $14.7 billion settlement Volkswagen made with state and federal officials last fall after admitting it rigged thousands of diesel cars with software designed to get around air pollution regulations. Of the $14.7 billion, Volkswagen pledged to spend $800 million over ten years promoting electric car usage in California.

Volkswagen in March made Sacramento its tentative choice for the Green City designation. Then community leaders from Los Angeles made a concerted effort to replace Sacramento, arguing that L.A.’s global profile would create a more visible platform for promoting the virtues of zero emission vehicles.

Company officials, however, decided to stick with Sacramento. A key reason: The city is much more compact than Los Angeles, which makes it more suitable for a fleet of cars that can’t travel more than 100 to 200 miles without having to be recharged.

He added that Volkswagen could learn from its experience in Sacramento and apply those lessons to a larger city. Volkswagen plans to designate a second Green City in a few years and will “continue to have discussions with L.A,” he said.

“It’s another signal among many that the world of alternative energy, innovation and technology are looking at Sacramento as the place to be and the place to locate,” Steinberg said.

The city has indicated it would use the fleet of electronic vehicles to help residents of disadvantaged communities move around and to shuttle the homeless to service providers. McNabb said details need to be worked out before the car-sharing service begins; Volkswagen has said it could begin installing car-charging stations in early 2018.

The company’s choice of Sacramento is subject to approval by the California Air Resources Board, which helped uncover the diesel scandal and is overseeing Volkswagen’s electric car investments.

Environmental justice advocates had also complained that Volkswagen was steering the car program toward affluent communities. Gov. Jerry Brown this week signed a budget trailer bill, SB 92, that calls on Volkswagen to spend at least 35 percent of its electric car funds on low-income or disadvantaged communities “to the maximum extent allowable.”

Back to the shop: Why California is telling Volkswagen to retool spending plan

McNabb said the new proposal will achieve the 35 percent target. Among other things, Volkswagen plans to install car-charging stations throughout Fresno, a city that was left out of the earlier plan.

Including Fresno “actually strengthens our plan by getting into the Central Valley,” McNabb said.

Dave Clegern, a spokesman for the state air board, said the agency is reviewing the new Volkswagen proposal.

Get the Daily Afternoon Bulletin with a quick summary of the day’s biggest news at 4 p.m. Sign up here.