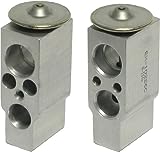 Scope the Future of Driving With 7 Electric Concepts – WIRED

Ahead of the Frankfurt Motor Show, Mercedes-Benz bossman Dieter Zetsche said the automaker will offer an electric version of every car it makes by 2022. The Concept EQA previews the inevitable compact SUV that will carry a battery and the three-pointed star. The four-seater comes packed with touch screens, can recharge its 60-kWh battery wirelessly, and offers a range of nearly 250 miles.

If Jaguar’s i-Pace doesn’t look much like a concept, that’s because it’s meant to preview the production version of the all-electric baby SUV that will hit dealer lots in 2018. Jaguar’s first fully electric drivetrain will deliver more than 500 pound-feet of torque and 400 horsepower from a 90-kWh battery pack.

It may look like the cheapo ride your parents drove in the 80s, but the Urban EV Concept highlights Honda’s push toward an electric future. The Japanese automaker has announced it will offer electrified versions of every model it launches in Europe, including the production version of this concept, set to debut in the next two years. Only time will tell if the suicide doors and the unusual bench seats (meant to give the car the feel of a lounge) make it all the way to production.

Mini’s bid for the future is its simply named Electric concept, which pays tribute to the Mini E, an early, small-scale experiment in electric driving. If you’re into the 1960s style and don’t care for gasoline, you can pick this one up in 2019.

Of course, the future’s about more than electricity. Audi talked up the age of autonomous driving with the Aicon, a fantastic, definitely-not-going-into-production concept. The sleek four-door looks almost normal from the outside, but inside you’ll find nary a steering wheel or pedal. This being the future, Audi promises a range of nearly 500 miles per charge.

For five years, Tesla has had sole ownership of the all-electric luxury sedan market. Now, BMW is among the automakers elbowing its way in. That’s why it built the i Vision Dynamics concept, previewing a soon-to-arrive production car with 373 miles of range and a top speed of 120 mph. Elon, you’ve been warned.

Despite their tiny nature, Smart’s cars have never been all that fuel efficient, at least not when compared to the many hybrids on the market. That’s all in the past: The Daimler-owned brand has announced it won’t offer cars with internal combustion engines after 2020. Thinking even further ahead is the fully autonomous Smart Vision EQ Fortwo concept, which has two seats but no steering wheel or pedals. And for those into this sort of thing Smart says the car, meant for ridesharing, will pair you with travelers who match your interests. Cool?