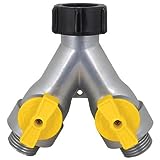 The Scott Stapp drama continues to unfold, with the latest report saying he has threatened to assassinate President Barack Obama.

In new 911 tapes, obtained by TMZ, the rocker’s wife, Jaclyn, and her sister tell the dispatcher that Stapp thinks he’s part of the CIA, saying, “He thinks they’re trying to kill him, and he has a bunch of paperwork in his backpack that he’s a CIA agent and he’s supposed to assassinate Obama.”

Jacklyn says the former Creed singer printed out 400-600 pages of CIA documents, tossed them in a bag and fled the family home shirtless on a bike. They tell the 911 dispatcher that he’s “very very ill,” asking that police take him to a mental facility.

Stapp had entered a mental facility earlier this year, but was released, and has been posting some alarming videos about being homeless, broke and living at a Holiday Inn. He claimed money had been “stolen” from his bank account. He recently turned to crowdsourcing to try to raise money to make a new solo album.

Stapp rose to fame in the late ’90s as frontman of rock band Creed. The group’s hit album, 1997’s “My Own Prison” (on Wind-Up Records), has been certified at least six times platinum and spent more than 100 weeks on Billboard’s album chart. The band’s hits include “With Arms Wide Open,” “Higher” and “My Own Prison.” Creed’s “With Arms Wide Open” won the Grammy for best rock song in 2001.

Last year, Stapp told CBS News about how the band’s rise to fame impacted him: “It definitely had an impact on me physically and emotionally, and with the success and being so involved in the rock and roll lifestyle. That’s where the foothold began. I could have been a statistic and I should have been a statistic. We hear all the time about the artists that die young and that should have been me. I’m just thankful to God and my wife Jaclyn and my family for pulling me out and pulling me through…What was so dark has now become something that gave me purpose.”