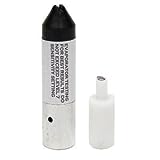 New autopilot features are demonstrated in a Tesla Model S during a Tesla event in Palo Alto, Calif., Tuesday.

New autopilot features are demonstrated in a Tesla Model S during a Tesla event in Palo Alto, Calif., Tuesday.

Tens of thousands of cars that drive themselves are about to hit the streets. Sort of. Last year, the electric carmaker Tesla started putting cameras and sensors into its Model S vehicles — making it possible, one day, for the devices to become the driver’s eyes, ears and even hands. And today is the day.

The way Tesla has chosen to deliver this feature to car owners is peculiar, but let’s start with what self-driving even means.

At Tesla headquarters, I slip into a sedan with spokesman Matt Schulwitz. I move back my seat and off we go, into the streets of Palo Alto, Calif.

“So as we start driving along, you’ll see changes on the instrument panel here,” Schulwitz explains.

Where cars once had normal dashboards, there’s a computer screen. And in just a few minutes, a little icon lights up. Schulwitz says it’s the auto-steer symbol. “That means the car has confidence in the road conditions and you’re ready to activate auto-pilot,” he says.

There’s a little handle for cruise control. I pull it toward me twice and it beeps — the signal it’s ready to take over.

Just as I’m lifting my foot from the accelerator, I feel the steering wheel take on a life of its own. I jerk my hands away, surprised.

My hands and feet are doing nothing and the car is moving.

It’s actually moving toward an intersection with a stoplight — and a jogger going by. But it’s not slowing down.

Schulwitz tells me, “Tap the brake.”

I hit the brake. Hard. I got nervous. And I ask him a question I should have already known how to answer, “Would it have stopped on its own?”

“Not right now,” he says. “The system is optimized right now for highway driving.”

OK. It would have been nice to have a warning about that.

The self-driving Tesla doesn’t read stop signs and lights yet. It’s not ready for sharp turns. And it’s definitely not an off-roading vehicle.

But on the highway, it shows an impressive amount of caution. We merge onto the I-280, where there are lots of cars and even huge semis. I activate auto-steering again and put on my left-turn signal. I want the Tesla to change lanes for me. And it does, but not right away. It inches forward, then pulls back.

A car behind us was accelerating. I would have tried to cut it off. But the self-driving Model S has more self-restraint.

While on the highway, I get distracted and miss the fact that the dashboard is giving me a signal — a written prompt — to take over driving. I only pay attention when it beeps at me, softly.

And back in the parking lot, it didn’t need me at all to parallel park. The Tesla’s side sensors scan a row of cars and ID a tight spot. It slides in.

The Tesla Model S isn’t the first self-driving car. Google has one, too. But this one is different — because it expects teamwork. Driving it is like learning a new ballroom dance. You’ve got a partner, and you’re not sure who should lead. When your partner does lead, you really enjoy it.

Tesla isn’t making the cars self-driving by adding new parts. The hardware already existed — passively — inside the vehicles it has sold. And today, over the Internet, the company is sending out the code to activate it (for anyone who bought a $2,500 subscription).

Being connected has an added benefit. Each Model S is collecting data on every road and mile traveled — throwing it into a central database and looking for patterns, to tweak its performance.

“People should see the car actually improve probably with each passing week,” Musk says. “So even without a new software update, because the data is continually improving.”

Musk — who in the past has been quite critical of artificial intelligence — is now taking a big leap forward in merging human and machine.

And he says other carmakers should consider how they use and update software, as laptops and smartphones do. “I think that’s also what consumers expect these days. It’s odd to have a computing device that’s not connected,” Musk says.

He also says drivers should keep their hands on the steering wheel, for now.