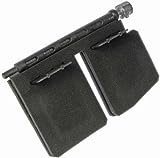 Cars capable of driving themselves may be on the showroom floor sooner than you think, but whether they should come with all the current essentials — including a steering wheel and pedals on the floor — has the auto industry at a fork in the road.

Ford sided with the pioneering engineers at Google last week in announcing plans to introduce limited-use vehicles without traditional controls within five years. Some other major automakers — and virtually all of them are well along in their work on self-driving vehicles — say they will introduce automated elements one step at a time, until drivers accept that they no longer need to control their cars.

The different approaches are rooted in conflicting views of safety and what the public is willing to accept.

“It’s almost like asking people before they even really knew what an iPhone was, how the iPhone might change their lives,” said Johanna Zmud, senior research scientist at the Texas A&M Transportation Institute.

Tesla, which has been aggressive in rolling out limited automated steering and similar features, made headlines worldwide this year when one of its cars was involved in a fatal crash with a tractor-trailer. Although the vehicle’s “autopilot” system was far from fully autonomous, and the crash is still being investigated, the death of its driver seemed to underscore worries about the transition to self-driving cars. Tesla said “neither autopilot nor the driver noticed the white side of the tractor-trailer against a brightly lit sky, so the brake was not applied.”

“This to me is the crux of the problem,” said Raj Rajkumar, a Carnegie Mellon University professor who has been on the leading edge of autonomous-vehicle technology. “On one side, you have humans who become too comfortable and stop paying attention. The other side of the equation is that the technology for vehicles to drive themselves is just not mature enough.”

Google decided on the no-wheel, no-pedals approach after allowing its employees to drive the company’s test cars. Despite plenty of warnings, the experiment did not go well.

After watching one driver rummage around in his back seat in search of a phone-charging cord, Google engineers decided it was too risky to create a system in which drivers would be expected to take control of the car at a critical moment.

“If you’ve got an autonomous system that’s working almost all the time, the only time when it doesn’t work is when something is really ambiguous or confusing,” Fairfield said. “The worst thing in the world, almost, is for someone to hear a klaxon go off, freak out, grab the steering wheel and do something wrong.”

[As driverless cars grow closer, a delicate balance between rules and guidelines]

The dangers caused by drivers who become distracted or fall asleep are well established. In 2014, 3,179 people were killed and 431,000 injured in distracted-driving crashes. That same year, the National Highway Traffic Safety Administration estimated that 7 percent of all crashes and almost 17 percent of fatal crashes involved drowsy driving.

When it comes to self-driving cars, a Stanford University study indicated that distraction “may make transitions to driver control more difficult” and that “drivers may sleep for significant periods on long journeys, increasing the difficulty of rousing them and having immediate engagement.”

Rajkumar, who brought Carnegie Mellon’s autonomous SUV to Capitol Hill two years ago for members of Congress to test-ride, said he is more convinced than ever that introducing safe-driving features — lane-departure warnings, cameras and sensors — gradually is the prudent path.

“We are able to drive only because we have common sense when it comes to things we’ve never seen before,” he said. “But computer software does not have that level of cognitive abilities to deal with things it has never seen before.”

While Google is trying to go straight to a fully autonomous vehicle, many companies that actually sell cars today are embracing a more gradual transition.

Audi says it will sell “piloted driving” systems in some models starting in 2018. And they will be more restrictive than Tesla’s autopilot of today.

The 2018 Audi A8 will be able to operate hands-free, but only on controlled-access highways and only until the car reaches 35 mph. This would allow a driver to safely fumble around on an iPhone while behind the wheel in a Capital Beltway traffic jam, company officials said. But it would not allow the car to drive itself on the Florida highway with cross streets where the Tesla was going 74 mph when it crashed.

(Tesla says using the autopilot tools “in conjunction with driver oversight” is safer than driving manually.)

“Our approach has always been step by step,” said Brad Stertz, Audi’s director of government affairs. With the cars headed to market soon, “we don’t think it’s wise to throw drivers into an environment they don’t completely understand or trust. That just invites misuse.”

To avoid the tuning-out phenomenon that so concerned Google engineers and many others, the Audi will have “a driver-availability system,” Stertz said, “that simply monitors, are their eyes open? Are they occasionally looking up and out the front of the car, out the front windshield? In other words, are they available to potentially take over?”

The “highway traffic jam pilot,”slated to be released in 2018, will be followed, in 2020 or 2021, by a full-speed highway pilot system, which will also work only on controlled-access highways and when other conditions are met, such as drivers’ wearing seat belts.

Audi is simultaneously developing fully automated technology “that may not require driver controls” and could be used for a variety of on-demand services, Stertz said, though the company has not put a date on when such a car might be released.

It also remains unclear what will become of federal regulations that currently require driver controls in vehicles.

“Ultimately, we’re all converging in the next decade into a very similar location,” Stertz said of carmakers and tech companies such as Google.

General Motors is trying to frame the challenges differently. It says a driver will be provided with its driverless car. The company invested $500 million in Uber’s smaller ride-hailing cousin, Lyft, and sees that as a way to thread the tricky human and technical issues.

While a fully autonomous car is on the horizon, that’s not GM’s goal out of the gate.

“Right now, we’re looking at what we call an on-demand, autonomous ride-sharing network,” said Kevin Kelly, senior manager of advanced technology communications. “There would still be a steering wheel and acceleration and brake pedals, and there would be a safety driver or pilot in the vehicle.”

Uber, meanwhile, announced last week that it will begin ferrying customers around Pittsburgh by month’s end in self-driving vehicles with a “chaperone” ready to take over when necessary. It hopes to remove costly human drivers in the long run.

[You can ride in a driverless Uber in Pittsburgh. You’ll have a chaperone though.]

Kelly, commenting on GM’s similar approach, said, “We think it’s probably the right solution for getting the customer familiar with the technology.” Using the technology in such a context, he said, “would be more comfortable for the consumers.”

But what does “comfortable” mean?

That’s a key question as automakers and other players head down divergent paths. Are people ready to trust a car without a steering wheel and pedals right off the bat? Or would they feel more comfortable being eased along with a step-by-step approach?

In an online survey in April, researchers at the University of Michigan Transportation Research Institute presented 618 people, in various age groups, with three visions: Completely self-driving, partially self-driving and no self-driving.

Two-thirds of people reported being moderately or very concerned about riding in a fully self-driving car. In answer to the question, “Would you prefer that a completely self-driving vehicle still have a steering wheel plus gas and brake pedals (or some other controls) to enable a driver to take control if desired?” the results were overwhelming: 94.5 percent wanted a wheel; 5.5 percent did not.

While 37 percent of those surveyed were “very concerned” about being in a completely self-driving vehicle, 17 percent had that same level of concern about riding in a partially self-driving one.

“We think it should be the opposite. . . . We feel that people’s concern is misplaced,” said Brandon Schoettle, project manager for sustainable worldwide transportation at the Michigan institute. “This is a bit of a public relations issue for these companies as you move ahead.”

Given how little experience people have with autonomous cars, Schoettle said it is understandable that they feel more secure being able to jump back in and drive.

“They view it as a vehicle they can take control of when they want,” Schoettle said. But he added, “There are major safety implications of that transfer of control back and forth.”

Zmud, the Texas A&M scientist, did surveys and interviews in Austin and found a 50-50 split between those who intended to use driverless cars and those who did not.

“They are thinking about ‘the car I have now, but sometimes it can drive itself,’ without thinking this will be a brand-new vehicle and it will be very different,” she said.

The Michigan study indicated that drivers 45 and older were significantly more likely to be very concerned about riding in a fully self-driving car. Zmud, following up her Austin online survey with interviews, found that regardless of age, people identified as “early adopters” were more open.

Ford said its initial generation of cars without steering wheels or pedals would be used by ride-hailing and package-delivery services in cities where they could be “geo-fenced,” or restricted to operate in specific geographic zones.

Asked whether the no-steering-wheel approach or a more incremental one will win wider public acceptance, Zmud said: “I think it’s really too early to tell. I think we’re probably going to see both things happening at the same time.”