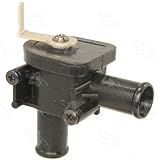 $2.83
Home › Blog › Autos › Sergio Garcia tied at the top after third round of BMW International – ESPN

Richard Bland and Sergio Garcia were tied at the top of the leaderboard ahead of the final round of the BMW International Open after posting rounds of 67 on Saturday.

Englishman Bland, who is searching for his first European Tour title, made a brilliant birdie from the water at the 11th before holing his approach shot from the 13th fairway for an eagle to jump to the top of the pile.

And after carding five birdies and two bogeys in his first 14 holes, Masters champion Garcia picked up further shots at the 15th and 17th to join Bland at the summit on 13 under par.

Swede Joakim Lagergren was a single shot behind the co-leaders in third, with Thomas Detry and Andres Romero another two strokes back on 10 under.

Bland, who began the day a single shot behind halfway leaders Joel Stalter and Lagergren, bounced back from a bogey at the second with three straight gains from the fourth to reach the turn in 34.

And after hitting his third shot out of shallow water at the 11th, the 44-year-old rolled in his 20-foot birdie putt to get to 11 under.

Bland, playing in his 410th European Tour event, then made an eagle at the 13th before safely parring his final five holes to sign for a 67.

“I hit some really good shots out there and I hit a couple of scrappy ones coming in but my short game saved me,” Bland told europeantour.com.

“Got my feet wet and holed a second shot into 13. So yeah, kind of ran pretty much into everything.”

Garcia said: “It’s nice but it doesn’t mean that it’s finished. Still we have a long day tomorrow. We’ve got to go out there, play well again and see if we can pull it off.”