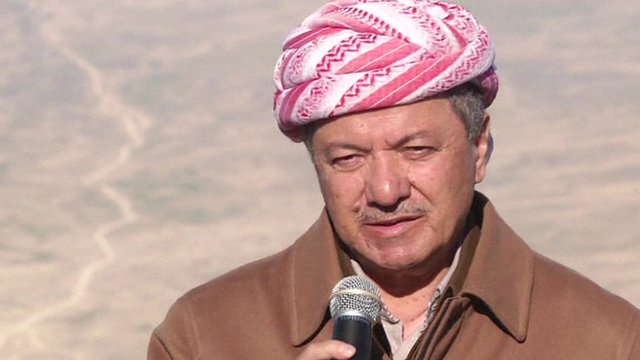 
Massoud Barzani: “Any place we can find them we will crush the Islamic State”


Kurdish authorities say their Peshmerga forces have taken control of a “large area” of the Iraqi town of Sinjar from Islamic State militants.

The town, near the Syrian border has been controlled by Islamic State (IS) militants since August.

IS controls a swathe of Iraq and Syria, where it has declared a caliphate.

The US said it launched 13 air strikes in Iraq on Sunday, four of which were on IS targets near Sinjar.

The US, Iraq and other Western and Arab countries have formed a coalition against the militant group and began air strikes in August.

Massoud Barzani praised the progress Peshmerga troops had made when he visited Mount Sinjar on Sunday. 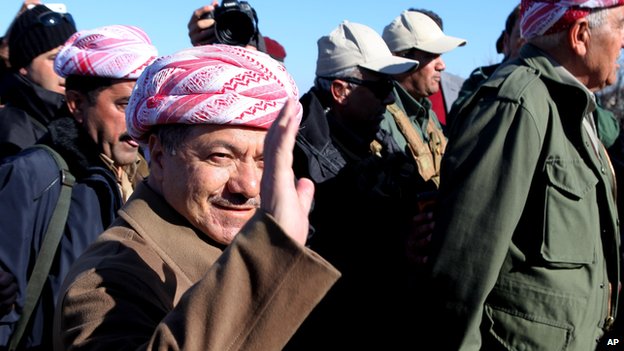 “Thanks to God we have opened and controlled all the roads and broken the siege imposed on Sinjar Mountain” he said.

“The liberation of the centre of Sinjar town was not part of our plans, but we have managed to take control of a large area of it,” he added.

Kurdish authorities first announced on Friday that they had broken the IS siege of Mount Sinjar, where thousands of Yazidis and other displaced Iraqis have been trapped since August. 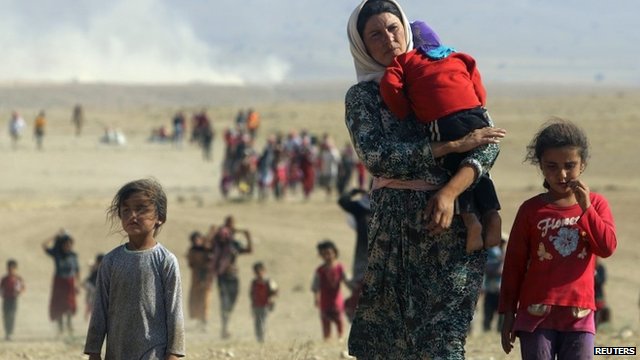 
The BBC explains the significance of Mount Sinjar, where tens of thousands of Yazidis were trapped in August

Iraqi Kurdish leader Masoud Barzani’s trip was symbolic, showing that the area is secure. Many Yazidi refugees in the camps are filled with joy at the prospect of returning to their newly liberated villages, but the Peshmerga fighters say it is not safe yet due to bombs and booby traps left by IS.

On the ground the morale of Peshmerga forces is high. Gen Aziz Waisi, the commander of Kurdistan special forces told me the militants are on the run.

But the IS militants are showing resistance, fighting back around Sinjar city and carrying out numerous deadly suicide car bomb attacks against the Peshmerga.

With Kurdish commanders now saying their troops are fighting IS inside the city of Sinjar there is talk of taking the entire region soon.

The Kurdish counter-operation began early on Wednesday with the most intensive round of air strikes yet by US and coalition forces – 45 in all.

On the ground, about 8,000 Kurdish Peshmerga fighters launched a two-pronged attack which they said had succeeded in opening a wide corridor to allow members of the Yazidi minority and others to leave. 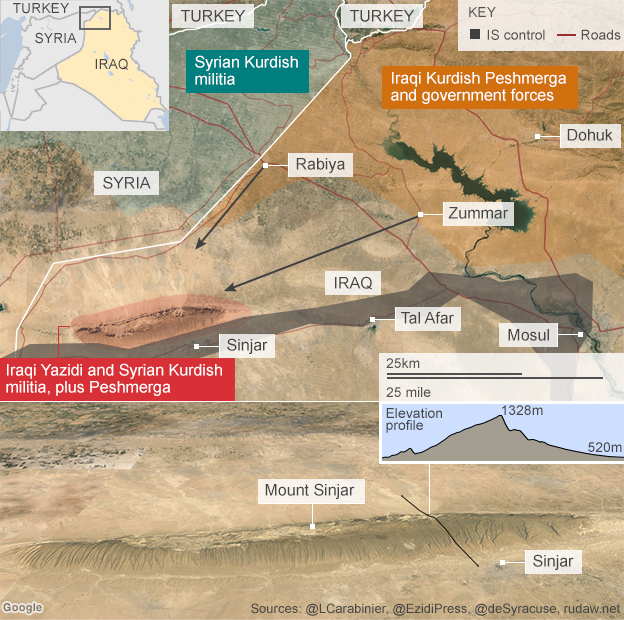