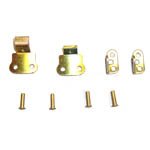 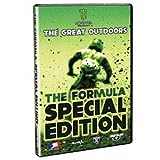 TARPON SPRINGS — By day, “Charlie K” was a good dad. By night, he was known as a good cop.

Tarpon Springs Police Officer Charles Kondek worked the midnight shift so that he could watch his 15-year-old daughter Aleena’s soccer practices and travel around with her wherever she played.

Kondek, 45, was a family man, and she was his youngest child. She had just gotten her learner’s permit and her father was teaching her how to drive.

When Pinellas Sheriff Bob Gualtieri met with the Kondek family early Sunday, just hours after the veteran officer was killed, the sheriff said facing Kondek’s youngest hit him the hardest.

“The worst thing in the world was sitting there talking to that 15-year-old,” Gualtieri said, “and having her tell us that she was daddy’s girl.”

Kondek was fatally wounded while checking out a noise complaint early Sunday morning. He exchanged gunfire with a 23-year-old ex-convict desperate not to return to prison, according to the sheriff.

Marco Antonio Parilla Jr. emptied his weapon at the officer, authorities said, and then ran over him as he fled the scene. Parilla was quickly captured, and Kondek was rushed to a hospital where he later died.

Kondek left behind a wife, Teresa, and their five children ages 15 to 26. He also had a child from a previous marriage. The Kondek family lives in Pasco County, where Teresa Kondek works for the Pasco County Clerk of Courts.

“You won’t meet nicer people,” said Pasco Clerk of the Court Paula O’Neil. “A family would be blessed to have one of them as a parent, and they have both of them.

Teresa Kondek has spent more than a decade working at the clerk’s office and had risen to become an operations supervisor there. O’Neil said that over the years she got to know the Kondeks and visited their home.

O’Neil said she got to the hospital around 4 a.m. Sunday. The officer’s family, his father and his relatives in the area had all gathered there, along with his colleagues from the Tarpon Springs Police Department.

Kondek had been a New York City police officer for five years before moving to Florida and joining Tarpon’s police force. His fellow officers were the ones who called him “Charlie K.” His father is also a retired NYPD officer living in Pasco.

City Commissioner David Banther said he didn’t personally know Kondek, but he knew of the officer’s reputation in the community: polite, professional, respectful. Two months ago, when Banther’s mother heard a noise at her door in the middle of the night, it was Kondek who answered her call to police.

“He had a reputation of being a very loyal officer,” Banther said. “You never heard any complaints about him. He was always very kind in his interaction with the citizens.

“It’s just a true loss for the police department.”

Tarpon Springs resident Aisha Taylor, 33, said she’s known Kondek for 10 years. He was a familiar face, she said, a friendly officer who was quick to engage in conversation with residents or offer his help.

“He’d look out for anybody,” Taylor said. “He didn’t deserve this.”

When Taylor awoke Sunday to news that a Tarpon Springs officer had been killed, she didn’t know who it was. She headed to church with her two young sons.

After the service, she checked her phone for more information. When she saw Kondek’s face appear on the screen, Taylor began to cry.

“Tears just came to my eyes,” she said. “He was a very good officer.”

Tarpon Springs Mayor David Archie called it one of the “saddest days” in the history of the city.

When he visited the police department on Sunday, he said residents were already delivering food for the officers and offering to donate money.

The city’s small, close-knit police force of 48 officers was still in a state of shock, he said, trying to grieve and work at the same time.

“Everybody was trying, I guess, to get through the day,” Archie said. “I know I’m kind of numb myself, and people I talked to are kind of numb. There were some tears because it’s a sad situation when you lose an individual that you work with, laugh with, that you know could easily have been you.

“It’s a situation that I don’t think anybody I talked to there can really get a grasp of yet.”