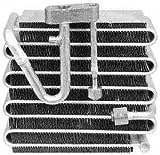 San Francisco officials are once again faced with the problem of car-tipping.

The pint-sized, two-door coupes were likely tipped over by more than one person, causing exterior body damage and shattered windows, he said.

Bay Area residents saw similar vandalism in April when three Smart cars were tipped over or set on their rear wheels.

In all, Shyy said, police are investigating six incidents of Smart car-tipping.

Police do not know who is responsible for the vandalism, but are advising car owners to secure their vehicles to best of their ability, he said.