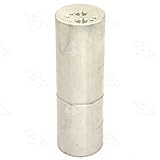 So much for Iranian plans – Arab News

There is nothing strange in Iran and its allies being the only ones who are standing with the Houthis, while it is the rest of the world that is standing against their rebellion and coup in Yemen. Those who fall within Tehran’s sphere of influence — whether individuals or groups or states — want, as usual, to dilute international positions and help Iran save face. The Saudi-led “Operation Decisive Storm” is not targeting just the Houthi rebels, but also Iran’s expansionist ambitions in the region, and its local allies and agents in Iraq, Syria, Lebanon and Bahrain. Everybody in the world is facing a clear choice: You are either with Iran or with the entire rest of the world.
The position taken by the Syrian regime, which is being propped up by the mullahs of Tehran, toward Yemen was no surprise. The same can be said of the position of the Iraqi government, which has, since Prime Minister Haider Al-Abadi took office, been performing a precarious balancing act in terms of its relations with Iran and the rest of the world. However when the rest of the world took the decision to confront the Houthis, Baghdad took the decision to back its Iranian ally. As for Hezbollah chief Hassan Nasrallah, he seems to believe that his latest statement — which was written for him in Tehran — will be sufficient in promoting Iran’s lies and misinformation regarding “aggression” against its sectarian ally in Yemen. Of course, he is forgetting the very real sectarian aggression that is being committed against the Syrian people over the past four years. Ultimately, the responses and reactions that we have seen from Iran’s allies are well understood and clear and come within a clear political context. We can also look at the responses of states that seem conservative on the face of things, but which are really seeking to muddy the waters, and that includes some Arab states who unfortunately fail to take decisive positions and specialize in standing idly by during times of crises.
There can now be no murkiness regarding what is happening, and it is easy to see things as they are, including which states or groups or individuals are opposing the international coalition against the Houthis under flimsy pretexts. This is something that ultimately represents support for the Houthi rebels. As for the issue of trying to manipulate events, which is what some Arab states are trying to do in order to avoid taking a clear and decisive position, this has increasingly become an exposed game to anybody who can read what is happening in our region. These states can no longer think that they will be able to take the middle ground as they have now been exposed, if not to other Arab governments than at least to the Arab public.
In politics, there is nothing that says that every country must agree with you and back your position. Any state has the right to take a decision that serves its own interests. But at the same time, what about when the entire world unites against a sectarian and rebellious group like the Houthis? It is not possible for the entire world to be wrong, and for a few states that support Iran to be right. The military intervention in Yemen did not begin until all other attempts to stop the Houthi rebels from taking over Yemen had been exhausted. While this intervention also took place in line with international law. Therefore, the attempt being made by certain states to stand on the sidelines is an absurd position that deceives no one.
One of the few good things that can come out of critical situations such as crises and war is knowing just who your friends are. At the same time, this can reveal your enemies, and who is the wolf dressed in sheep’s clothing. In the coming days, Operation Decisive Storm will reveal just who are our real friends, as well as who are our opponents, and who are the opportunists who are only looking out for themselves.