Speeding BMW Hits 4 Persons In Noida, One Critical; Driver On The Run – NDTV

Posted: Saturday, April 16, 2016
Noida:
Four people were injured today after a speeding BMW hit another car and a bike in Noida, near Delhi. The condition of one of the injured, Ghulfam Ali, is critical. The 20-year-old, who repairs air conditioners, is in hospital. The driver managed to get away.


The police identified the owner of the car as Neetu and said it was being driven by Vinod, who runs a gym in Noida Sector 39.

The incident occurred around 12:30 pm near gate number 7 of the Noida stadium. Ali’s family said some eye-witnesses claimed the BMW was racing with another car.


Eyewitnesses said after the accident, when the locals surrounded the BMW and refused to allow Vinod to leave, he took out a gun and threatened them. The other car, with which the BMW was racing, stopped, picked up Vinod, and sped away. 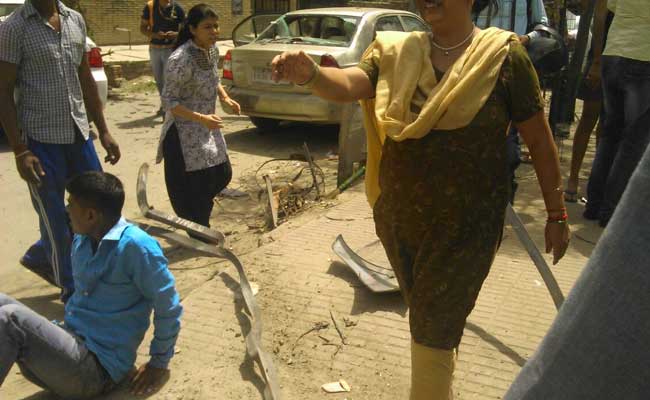 One of the men hit, Ghulfam Ali, is in a critical condition.


The police said a case has been filed and they are investigating these claims. “We are examining all witnesses and their statements are being recorded,” said local police officer Gaurav Grover.


This is the second case of hit and run in less than two weeks in the city.


On April 4, a Class 12 student had allegedly run over a 32-year-old marketing executive Siddharth Sharma with his father’s Mercedes in north Delhi’s Civil Lines. The accused, who later surrendered to the police, was sent to juvenile justice home.