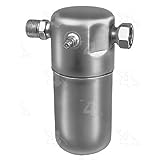 Row upon row of brand-new squad cars sit in a parking lot not far from the state fairgrounds in Springfield, waiting to be driven out onto state highways. Waiting. And waiting.

The cars, 85 model year 2013 Chevrolet Caprices that were delivered last summer, have never been used because they lack the police lights, two-way radios, computers and other electronics to be ready for patrol with the Illinois State Police.

Since 2010, the cost of renewing a license plate in Illinois has included a $1 fee that goes into a fund for new state police squad cars. So far, the fee has generated more than $18 million for new vehicles.

While they have the cars, state officials have not yet figured out how to get the electronics installed, offering explanations that varied from the budget crisis to an inability to find workers in the state with the skills to do the job.

Aging squad cars are a problem for the troopers who drive them and the motorists who count on them to swiftly respond to emergencies. And older cars are a drain on the state police budget because they are less fuel-efficient and often need costly repairs.

The trooper who supervises the motor pool acknowledged in an interview that just parking all the new cars can be a problem. But iron-clad rules in the legislation that created the special fee prevent state police from spending a portion of those millions on hiring more workers to install the electronics needed to get the cars on the road. And some 400 new cars are set to begin arriving next month, creating further backlog.

On a recent evening, Mike Powell, head of the union representing state troopers, drove past the fairgrounds parking lot, which is adjacent to a state police radio facility, and noticed another expenditure: a fence that blocks the cars from view.

“So they don’t have the money to get the cars ready, but I guess they had money to buy a new fence, because that never used to be there,” Powell said.

“They know when a trooper drives by in an old junker and sees a bunch of cars ready to go, (the trooper) will get mad.”

State police have five technicians qualified to do the work of making a patrol car functional spread across 21 police districts, and they seldom have an entire day to devote to installing equipment as they struggle to keep up with repairs to radios and computers in older cars and at dispatch centers, police spokeswoman Monique Bond said.

“They can knock one (car) out in a day if they get the time to do it,” said Sgt. Ken Thomas, who oversees the patrol fleet. “But they keep getting pulled into other things.”

The state’s ongoing budget problem — a $3 billion shortfall this year and billions in unpaid bills — has meant agencies won’t request funds for new staff, said Anders Lindall, spokesman for the American Federation of State, County and Municipal Employees, the union that represents state police technicians. That means the state pays out more in overtime for short-staffed departments or spends more on repairing squad cars while new ones sit parked, he said.

“The taxpayers are not getting the value of cars that are sitting on a lot and are already a year old when they begin service,” Lindall said.

Bond said there also are three contract employees who work at installing the equipment on cars, and also are assigned to maintain existing equipment.

Despite the steady influx of new cars each year since the fund was created, state police have not hired new technicians.

“We’ve got to look at our resources and where they go,” Bond said last week. “Is (replacing cars) really much of an issue, or are we on the pace that we’re on?

“We’re obviously strained budgetarily. We know that. If we had unlimited resources, it would be nice.”

On Friday, Bond said budget problems had not delayed the rollout of new cars, but that state police had for years been unable to find and keep specialized technicians to do the work. The department has 17 technicians on its payroll, but few are qualified to do all of the work involved in installing the equipment, she said.

The backlogs have not impacted operations of the patrol division, Bond said, but state police in January received approval to create five full-time jobs for new hires who will work exclusively on outfitting new vehicles.

“We didn’t have the luxury of having these specialized installers … to continue the fluid flow of the work,” she said. The department is building a list of qualified applicants, which can take months, before hiring begins, she said.