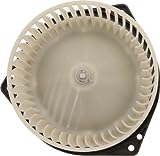 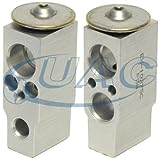 Tony Stewart, who has a long history with General Motors, will switch his Stewart-Haas Racing teams from Chevrolet to Ford starting in 2017.

The four-car Sprint Cup team has been with General Motors since its inception and began a strong alliance with Chevrolet powerhouse Hendrick Motorsports when Stewart joined the team and was given half-ownership of it after the 2008 season.

Steph Curry’s season is something we’ve never seen before

SHR won the 2011 Sprint Cup title with Tony Stewart and the 2014 title with Kevin Harvick in Chevrolet cars. Its four-car stable will include Harvick, Kurt Busch, Danica Patrick and Clint Bowyer in 2017.

“I am proud of our association with Chevrolet as they helped build our organization into the team it is today,” Stewart, who will retire from racing in Sprint Cup after this season, said Wednesday in a statement. “This new partnership with Ford allows us to strengthen our position in the sport and ensure the long-term stability and success for everyone who is a part of Stewart-Haas Racing.”

Harvick, who came to Stewart-Haas Racing in 2014 and won the championship and then finished second in the points in 2015, said Friday that no one should consider him a free agent because of the news. He said he believed his contract is “all sealed up and done” as far as him remaining at SHR past this year.

“I’ve got a great team,” Harvick said. “I’ve got great people. I have a great organization that’s wanting to win races. … To not be committed to them would be foolish on my part. It’s the best position I’ve ever been in as a driver.”

The team will get its engines from Roush Yates Engines, which supplies motors to all of the Ford-supported Sprint Cup teams. The length of the multiyear deal with Ford was not announced.

“We have said very clearly that we are not in NASCAR just to race, but to win races and championships,” Ford Performance global director Dave Pericak said. “We believe the addition of Stewart-Haas Racing in 2017 will give our program a major boost in terms of being in contention for both drivers’ and manufacturers’ championships every year.

“We believe that our NASCAR engineering experience and tools match up very well with the expertise and personnel that Stewart-Haas Racing has in house right now, and that we will both benefit from this partnership going forward.”

Stewart drove General Motors cars (Pontiacs and Chevrolets) at Joe Gibbs Racing from 1999 to 2007. He drove a Toyota at JGR in 2008 before returning to the Chevrolet camp at SHR.

“Motorsports is an extremely challenging environment where in order to maintain success you have to constantly innovate,” SHR co-owner Gene Haas said. “It’s true in NASCAR, and it’s true in business.

“We’ve enjoyed great success with Chevrolet, but this opportunity with Ford allows us to evolve while continuing to compete at the highest levels of the sport.”