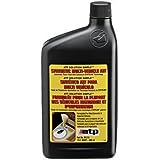 Virginia student Martese Johnson was on hand as fellow Virginia students protested for him Wednesday at the University of Virginia Amphitheatre in Charlottesville, Va.(Photo: Andrew Shurtleff / AP/The Daily Progress)

Richmond, Va. — An arrest that left a University of Virginia student bloodied and shouting allegations of racism has prompted some lawmakers to question whether state liquor control agents should have the power to arrest people.

Gov. Terry McAuliffe ordered the Virginia State Police to investigate the early Wednesday arrest of Martese Johnson, who needed 10 stitches to close a gash on his head after his altercation with Alcoholic Beverage Control agents outside a Charlottesville bar. State police said that “administrative review” will be conducted along with a criminal investigation requested by the Charlottesville prosecutor.

“We owe it to both Mr. Johnson and the Virginia ABC to be painstakingly thorough in determining the facts of the situation through interviews, evidence collection and analysis, and investigative procedure,” Virginia State Police Superintendent Col. W. Steven Flaherty said in a written statement.

However, some legislators have already seen enough from the alcohol board’s law enforcement arm to suggest it cannot handle having the same arrest powers as police. The 20-year-old Johnson’s arrest — captured in photos and videos and widely spread on social media — came nearly two years after ABC agents traumatized another U. Va. student by swarming her car after mistaking a carton of sparkling water for beer. The student, Elizabeth Daly, was 20 at the time.

“Given what happened yesterday and what happened a couple of years ago, it raises some serious questions in my mind whether they should have arrest powers,” state Sen. Donald McEachin of Henrico County said.

In this photo provided by Bryan Beaubrun, Martese Johnson is held down by an officer March 18, 2015, in Charlottesville, Va. Court records show that Johnson was charged with obstruction of justice without force and public swearing or intoxication. The Virginia Gov. Terry McAuliffe is calling for an investigation into the arrest of the student. (Photo: Bryan Beaubrun / AP)

After the Daly incident, Rockbridge County Republican Del. Ben Cline introduced legislation in the 2014 session to give state police enforcement of the state’s alcohol laws. The agency was established in 1934 to operate all of the state’s liquor stores, oversee licensure of bars and enforce alcohol laws. Cline said the ABC is inherently a regulatory body and that state police are better suited for enforcing liquor laws.

A photo of the arrest showed Johnson on the pavement, his face bloodied, being held down by an unidentified officer. In a dark and hard-to-see video, Johnson — who is black — can be heard repeatedly calling the white officers (expletive) racists.

About 1,000 students attended a rally for Johnson at U.Va. Wednesday night.