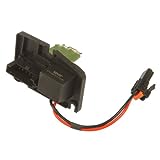 Sales of GM’s redesigned, 2015 Cadillac Escalade nearly doubled in July, part of a surge in SUV sales that power jumps at all Detroit automakers.(Photo: Cadillac)

But the growth of the big rigs isn’t at the expense of the smaller crossover SUVs, which automakers still see as a huge growth opportunity.

“I think that the growth in large utilities is being driven by higher net-worth households that have benefited from the robust gains in the financial and real estate markets. Steady fuel prices have also helped to make these segments attractive once again,” said Alec Gutierrez, senior analyst at Kelley Blue Book.

GM is the strongest example.

Sales of its new-design Cadillac Escalade, which starts at just less than $70,000 and is rated 17 mpg in combined city/highway driving, more than doubled last month.

All those are new designs, but being new wasn’t the key. GM’s aging Chevrolet Equinox two-row, mid-size crossover SUV was up 36.8%.

“Sales of utility vehicles soared in July because American families feel better about the economy than they have in a long time,” said Kurt McNeil, GM vice president of sales in the U.S.

Ryan Brinkman, auto industry analyst at JP Morgan, noted that Ford’s total SUV sales were up 12.6% in July and that one of the champions was the Explorer Police Interceptor model, popular with police because Ford has made it suitable for high-speed pursuit.

Ford’s struggling Lincoln brand reported a sales jump of 13.6% — entirely due to the addition of the MKC small SUV to the lineup. Its 1,534 sales wiped out losses by all the Lincoln cars and most of its other SUVs. The only other SUV to gain — the hefty Navigator, which starts at about $57,000 and is rated 16 mpg in city/highway driving, was up 0.2%.

Proving that old and crude are not disincentives, the maker’s Jeep Wrangler, the basic iconic Jeep, was up 13.8%.

All Jeep model sales rose in July, and the brand’s still-new Cherokee, a compact crossover SUV introduced last October as replacement for the Liberty, added significant new sales to the count.

“With consumer confidence at its peak since the great recession, car buyers are prioritizing” larger SUVs’ handiness, roominess and perceived safety “above the incremental pricing and ongoing fuel costs” of the bigger SUVs, said Eric Lyman, vice president of industry insights at ALG, a unit of TrueCar.

The SUV boom was marbled through import brands, too.

•Toyota’s strong SUV sales helped it outsell Ford in July to be the No. 2 automaker in the U.S., which it hasn’t done since Aguust 2013.

Sales of the RAV4 compact SUV were 37.1% better than a year earlier. 4Runner a mid-size, old-school, truck-style SUV boomed 64.5%. Highlander crossover was up 4.1%.

Sequoia full-size truck-based SUV apparently lost buyers to the big Detroit models and was off 9.4%.

Its big Armada truck-style SUV, already selling in small numbers, couldn’t compete with the newer models from Detroit and sales slipped 14.3%. That was offset, though, by a 22.1% sales gain for the Infiniti QX80, the luxury version of Armada.

Overall, Nissan and Infinition together sold 121,435 new cars and trucks in July, up 11.4% from a year earlier.