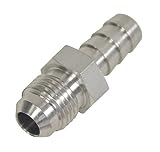 Sioux City, Iowa — Texas Sen. Ted Cruz says concern about religious freedom, awakened in the debate over a new Indiana law, could unite conservative Republicans and rally some Democrats to the GOP in 2016.

Cruz told an audience Wednesday he could carry the banner for that cause in his GOP presidential campaign.

“We need to stand up as courageous conservatives,” he told a packed auditorium in the heart of northwest Iowa’s conservative northwest in his first visit to the state since declaring his candidacy last week. “Religious liberty is not some fringe view.”

Indiana Gov. Mike Pence signed a law giving heightened protections to businesses that object on religious grounds to providing certain services. That’s prompted a national backlash from critics who say the law discriminates against gays, and it’s drawing threats of boycotts and other economic punishment.

Cruz suggested that he, in the field of likely Republican contenders, is the one who can turn out conservatives who were not motivated to vote in the last two presidential elections.

“I think the most important question, if we’re going to win in 2016, is how do you bring back the millions of conservatives who have been staying home?” he said during the hourlong speech followed by questions from the audience. “I don’t see a lot of folks who I think are likely to motivate, energize and mobilize the millions of  conservatives to come out.”

He argued that his efforts opposing President Barack Obama’s health care law and increases in the federal debt limit made him stand out as someone who could.

Cruz commended Pence, as most would-be GOP presidential candidates have done, but took a different route when Tyler Brock of Sioux City asked him what he would have done in the governor’s place. Stung by the backlash, Pence, himself a 2016 presidential prospect, now is asking state lawmakers to give him legislation clarifying that the religious-objectives law does not discriminate.

“Rather than second-guessing what Pence has done, let me talk about how we win,” Cruz answered. “It used to be there was a bipartisan consensus. We defend the civil liberties of our fellow citizens.”

Brock said he wished that Cruz had said he would have avoided Pence’s move to clarify the law.

“I didn’t expect him to throw Pence under the bus, but I wanted him to go further,” Brock said. “I’m a Christian conservative who didn’t vote in 2012. I am the type of voter he is talking about.”

Cruz was expected to campaign in eastern and central Iowa before heading to South Carolina, which is scheduled to host the South’s first primary in 2016.

Cruz said he had raised more than $2 million in his first three days as a declared candidate.