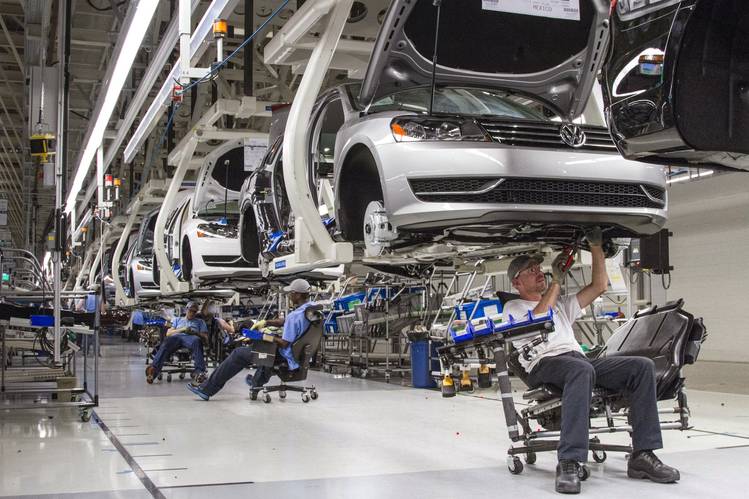 CHATTANOOGA, Tenn.—Up until a couple of weeks ago, Mike Cantrell was spending his free time working to organize Volkswagen AG
VLKAY


employees in southeast Tennessee into a union. Now he is focusing on short-term priorities.

Chattanooga is hoping Mr. Cantrell is right. Twenty days into an emissions-cheating scandal, Volkswagen—one of the region’s biggest investors and major employers—is vulnerable amid a management shake-up and dented credibility.

Volkswagen executives say cutbacks are inevitable due to the high cost, estimated to exceed $7 billion, of cleaning up the emissions mess.

Politicians in Tennessee are worried about cuts affecting their economy and reputations. The state has committed more than $400 million in incentives to Volkswagen and “most constituents are nervous,” Bo Watson, a Republican state senator from Hixson, Tenn., said.

Mr. Watson, representing the district housing Volkswagen’s plant, has called for hearings at the state level. Volkswagen’s U.S. head, Michael Horn, faces a congressional hearing in Washington Thursday that may answer some of the questions state legislators are looking to ask executives.

For now, operations in Chattanooga are humming, with dozens of Passat sedans coming down the assembly line every hour. But a significant chunk of all cars produced at the facility are diesel-powered, and cannot be sold as currently produced.

Last month, Volkswagen admitted having installed software in diesel-powered cars that made them appear to run cleaner in emissions tests than they do on the road.

About one-third of the vehicles built in Chattanooga over the past four years carry that software: Engines billed as safe for the environment were up to 40 times dirtier than U.S. regulators allow, dealing a blow to a community prizing a commitment to the outdoors.

Volkswagen’s plant is designed to reflect a love for the environment. Floors are made of recycled glass; roofs retain water so it can be reused. 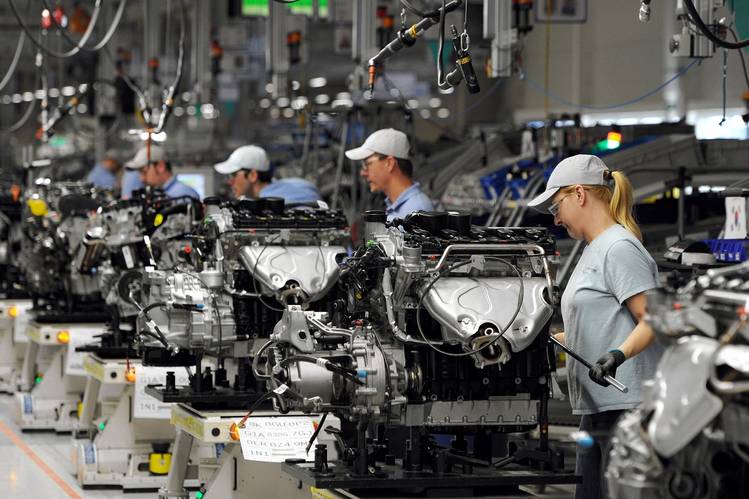 Last week, a sedan with a freshened exterior went into production for the 2016 model year, a milestone coming after a half-million of the initial version had been produced since the plant opened its doors in 2011.

Scores of so-called clean diesel cars are parked under an awning located outside the factory, unable to be sold. Two-liter turbocharged direct injection engines are parked on the plant floor, awaiting a fix. Once one is found, the company will have to wait for the U.S. Environmental Protection Agency’s green light to be able to sell the 2016 diesel-powered Passat model in the country.

A Volkswagen demise would have broad repercussions in the region.

The company is building a new wing at its Chattanooga plant, with dozens of new robots installed to build a new sport-utility vehicle. Estimated to cost $900 million, the additional space is expected to provide jobs for 2,000 factory workers—nearly doubling the workforce—and thousands more at suppliers located within driving distance.

Matthias Erb, a veteran Volkswagen executive, recently moved to Tennessee to build a team of engineers to help the auto maker better respond to a U.S. market it has struggled to figure out.

Mr. Erb already hired 50 engineers and has plans to quadruple that staff next year. He noted many of the applicants come from outside Tennessee. “We were surprised by how many applications we are receiving from California,” he told an auto conference in August.

Parts makers are building complexes adjacent to the plant. Three suppliers—one from China, another from Spain, and a third from France recently announced more about $300 million in new investments. More than 1,000 people will be hired as a result.

The plant was “certainly a great calling card for the community and is a great driver of growth,” but other companies are expanding in Chattanooga, said Jon Kinsey, a real-estate developer who was mayor from 1997 to 2001. He points to an Amazon.com Inc.
AMZN


which is based in the city.

The emissions scandal threatens Volkswagen’s contribution to the momentum. In addition to the threat of frozen investment, Volkswagen has long struggled in the U.S. and the scandal likely adds pressure.

Volkswagen’s market share in the U.S. is only 2%, and sales have slipped 2.5% in the first nine months of 2015 compared with a year earlier, even as the broader market expanded 5% over that period.

Tim Kelly, a Subaru dealer and entrepreneur in Chattanooga, says this is Volkswagen’s “first black eye” since moving to Chattanooga. While VW’s demise would help Mr. Kelly’s car business, it would hurt another one of his ventures: An amateur soccer team that he helps run is sponsored by Volkswagen.

Setting up the “Chattanooga Football Club” in 2008, the team’s founders lured a $500 sponsorship from the local Volkswagen dealer to get the team going and the commitment eventually ballooned to nearly $50,000 when the company itself started funding it. Thousands of spectators show up for the games, many wearing jerseys with VW logos on the chest. The $90 shirt doubles as a season ticket pass.

“I think people are smart enough to tell the difference between the sponsor and the team,” Mr. Kelly said. Still, “it’s critical they figure this thing out.”

Write to John D. Stoll at john.stoll@wsj.com and Cameron McWhirter at cameron.mcwhirter@wsj.com