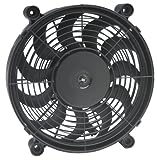 Only three years ago in 2013, Tesla Model S’ first full year of production, the automaker built just over 20,000 vehicles or around 400 per week. Now we learn that Tesla recently achieved for the first time a production rate of 2,000 vehicles per week for an annualized rate of 104,000 cars.

In its last shareholders letter, the company announced that it aimed to exit the second quarter with a production rate of 2,000 vehicles per week – meaning that the company achieved its goal two weeks ahead of schedule. The achievement was crucial for Tesla to reach its delivery goal of 80,000 to 90,000 vehicles in 2016.

The company confirmed the news yesterday at its ‘Tesla Weekend Social’ events. For the past few months, the automaker has been organizing special events for Tesla owners to dive into specific subjects related to the company or its vehicles:

“This new event series was designed exclusively for owners. Over a light breakfast, you’ll have the opportunity to engage with Tesla product experts, learn more about latest product features and speak with fellow owner enthusiasts. We look forward to seeing you this month as we take a closer look at Summon.”

That was in April, but this month’s subject was the Tesla Factory. The product specialists giving the presentation were giving new information to confirm to customers, including the new production rates, but also some new interesting tidbits.

While the Model X is now contributing significantly to Tesla’s production numbers, it was recently creating some delays as the assembly process wasn’t ironed out and vehicles had to get extra works after exiting the assembly line. The automaker confirmed that the Model X is still falling behind the Model S when it comes to readiness after assembly, but only slightly.

Product specialists at the event said that on average (both S and X) over 90% of the vehicles coming out of the assembly lines don’t require extra works.

Tesla also recently announced a new build plan to significantly increase production at its Fremont Factory following the better than expected demand for the Model 3 with now over 373,000 reservations. The automaker hopes to increase its annual vehicle production to 500,000 units by 2018. The plan was revised from the previously stated goal of 500,000 units in 2020.

The company set a deadline for Model 3 internal parts and supplier parts for July 1st, 2017 and it plans to finalize the tooling designs by the end of the month. Deliveries should start in late 2017.

Last month, the company also confirmed the hire of Peter Hochholdinger, Audi’s Senior Director of Production behind the manufacturing programs of the A4, A5 and Q5 vehicles, to lead vehicle production at the Fremont factory.

Finally at the event, Tesla also commented on the recent reintroduction of the Model S 60. Representatives described the initial customer response as ‘very good’ and said that the move aimed to lower the price of entry and expand the addressable market for Tesla lineup of vehicles before the upcoming launch of the Model 3.

The unveiling of the Model 3 increased Tesla’s visibility in several important markets and the company wanted to offer a new option to potentially reduce the wait.