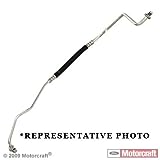 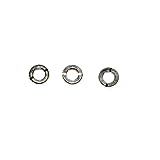 On the heels of the Model 3 launch last week, Tesla says it is still growing sales of its Model S and Model X amid a soft luxury car market. But boasts of growth don’t make up for the amount of cash the company has burned through to get Model 3 launched by its end of the year target.

The automaker issued its latest quarterly earnings report Wednesday, claiming 22,026 Model S and Model X vehicles delivered for a total of 47,077 through the first half of 2017. That’s about 6 percent off of a previous goal of 50,000 deliveries for the time period that was set in May.

But second-quarter deliveries were a claimed 53 percent higher than the same period last year, Tesla said, and production was up 40 percent over the second quarter of 2016 to 25,706 cars. That number includes vehicles added to its loaner fleet, however, and Model Xs that were sent to showrooms for display. Tesla said these vehicles were, “likely a factor in helping Model X net orders in Q2, which grew by over 20% both sequentially and as compared to Q2 2016.”

That said, Tesla went through $51 million in cash in the second quarter, nearly 200 percent more than it did in the first quarter of 2017. And the company reported a $336 million loss in this most recent quarter.

“In three out of the past four quarters, Tesla needed outside money to survive—by the billions,” Investing.com Senior Analyst Clement Thibault said to The Verge in an interview.

Tesla Model 3 orders have also averaged more than 1,800 per day since the July 28 handover event in Fremont, where journalists also got to drive the new car. Still, the company said it will produce just 1,500 Model 3s in the third quarter and rise to 10,000 per week by the end of 2018, CEO Elon Musk said Wednesday on a conference call.

Staying on that schedule, though, hasn’t come cheap.

Capital expenditures were $959 million in the more recent quarter, which the company said was due to the preparation for Model 3 production at its Fremont, California plant, the Gigafactory, and customer support improvements.

“Some problems have already started to crop up for Tesla, beyond the production line,” Thibault said. “Customer support issues, including problems with refunding the Model 3’s $1000 pre-order deposit have been reported. This of course raises questions about Tesla’s broader ability to scale not just its manufacturing operation, but the entire supporting infrastructure, particularly since Tesla continues to insist it will run all its operations in-house.”

On the call, Musk also reiterated that it would be a difficult production ramp-up for the Model 3, but remained confident it would stay on track and the cars would avoid the quality issues that dogged the launch of the Model X.

Still, Tesla shares were up more than 6 percent to $336.40 in Wednesday afternoon following the earnings report after the close of trading, an indication that investors remain optimistic the new product launch will go off smoothly and that the Semi Truck announcement will further interest in the company. Tesla also said it expects accelerated Model S and Model X reservations through the rest of 2017, as well as more Model 3s deposits being placed.

While there is still nearly half of 2017 left to go and Model 3s still have yet to fall into non-employee hands, Tesla and its investors are sticking to the script and projecting a bright future.