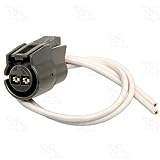 $17.45
Home › Blog › Autos › Tesla is getting some legitimate competition in the market for affordable electric cars – Quartz

In the near future, electric cars will no longer be the domain of the luxury-car owner.

According to Automotive News, Volvo Cars’ North America CEO, Lex Kerssemakers, told reporters at the Geneva auto show that the company’s first fully electric vehicle will likely have a price range of about $35,000 to $40,000 when it’s released in 2019. This would put Volvo’s electric offering in the same range as Tesla’s forthcoming Model 3, which is intended to be the company’s most affordable electric vehicle, and the Chevrolet Bolt, the first electric vehicle from General Motors.

Unlike the squat Bolt, which Chevy has been showing off for more than a year (Car and Driver likes it but calls its styling “dweeby”) and the sleekly designed Model 3 unveiled last March by Elon Musk, the look of Volvo’s all-electric vehicle is still an unknown. Kerssemakers said the company is set to decide whether it will offer it as an update to an existing model, or come up with a completely new design, in the coming months. The Swedish automaker uses two body platforms—one for its larger SUVs and sedans, and a smaller one for its crossovers and cars—that will allow it to develop the electric vehicle in a relatively crunched timeframe.

Right now, the options for affordable all-electric cars are slim. Nissan’s diminutive Leaf is available to purchase, but it can only be driven about 100 miles on a single charge. Fiat’s equally tiny 500e is only sold in California and Oregon. Mercedes has an electric B-Class model, and Volkswagen the e-Golf, but both get only a bit above 80 miles per charge. There’s also the Ford Focus Electric, which is probably one of the stronger competitors to Tesla and Chevy at $30,ooo, although it only has a range of about 140 miles.

Chevy’s Bolt has started rolling out to some US dealerships, but widespread availability isn’t expected until the end of the year. Tesla’s first Model 3 pre-orders are expected to be delivered to customers closer to the end of the year, with new orders unlikely to be fulfilled before 2018. The Chevy, Tesla, and Volvo vehicles are expected to have a range of over 200 miles before they need to be recharged.

Tesla and Chevy will beat Volvo to the punch when it comes to delivering relatively affordable, functional electric vehicles. But Tesla’s supply will be limited, and hinges on the company finishing its massive factory, called the Gigafactory, in the Nevada desert. The Bolt’s success will depend on consumer demand for a small, claustrophobic electric car that will likely perform well zipping around cities, but will struggle to replace most families’ main vehicles. Volvo, meanwhile, has an opportunity to bring the company’s trademark design and safety record to electric vehicles. If Volvo can deliver reasonable style at a price similar to Tesla, and actually get its cars into dealerships across the country, it could well be onto something.

In any case, Volvo’s success with an affordable electric isn’t a make-or-break-it situation as it is with Musk and Tesla itself. At last count, Musk owned a 26.5% stake in Tesla worth more than $9 billion based on the stock’s March 13 closing price. That constitutes a large chunk of his estimated $13 billion net worth—and the launch of the Model 3, expected to help Musk start selling his unified vision of electric cars, batteries, and solar panels, to households around the world, is expected to take the company right up to the precipice on its funding. Suffice it to say, Musk and Tesla need the Model 3 to be a smash hit. Volvo, on the other hand, has surged in recent years, after being sold by Ford to Chinese firm Geely, and setting a sales record last year. Tesla doesn’t quite have the luxury of waiting until 2019, as Volvo intends to do.

With their ridiculously high salaries, unicorns may have ruined the job scene in the Indian tech sector