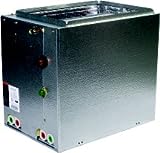 The Model X, Tesla’s first new car in three years, was launched to much fanfare in 2015, but the company’s boasting of the “most advanced car yet” may have been a tad premature – just 208 cars were actually delivered in the fourth quarter of 2015, the first full quarter in which it was available to buy.

A crossover (combining design cues from SUVs and more traditional cars such as hatchbacks), the Model X was unveiled in 2012, with plans for it to ship in 2013. That date slipped, first to 2014 and then to 2015, before it was finally launched in September of that year.

But a more realistic date is perhaps 2016, since Tesla says it had only managed to build 507 of the cars by the end of last year. At the launch, Tesla’s chief executive, Elon Musk, warned that the company was only capable of building five cars a week, and was slowly ramping up production with the aim of a weekly output of “maybe, like, 800 cars a week”. In fact, by the end of the year, it was producing 238 a week.

The major constraints appeared to be related to third-party suppliers of parts such as door seals and seats. In November, the company admitted that it was having such trouble sourcing the seats, which are custom-moulded, that it had decided to stop outsourcing their production, instead manufacturing them in-house.

The electric car firm did manage to supply more of its Model S sedan, however, delivering 17,192 of the cars during the quarter, a 48% increase from the quarter before.

But the news wasn’t all happy there, either: one of the company’s cars reportedly caught fire and melted to a crisp while connected to a supercharger in Norway.

A Tesla spokesperson said that nobody was harmed in the fire and that the company would share its findings after a full investigation had been carried out.