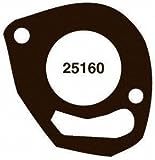 $0.25
Home › Blog › Autos › That Time the President of Mexico Rode in a Turbine Chrysler Fueled by Tequila – RoadandTrack.com

That Time the President of Mexico Rode in a Turbine Chrysler Fueled by Tequila – RoadandTrack.com

Chrysler experimented with turbine powered cars from 1953 to 1988, and the highlight of the program was a fleet of more than 50 bronze colored cars they built in 1963. They lent 50 of the cars to regular people who got to test drive them for a few months. A couple were sent to the New York World’s Fair where visitors could ride in them around a small track. And one went on a whirlwind tour of the globe. That car, as one might imagine, is the one that had the craziest tales to tell. Like the afternoon it spent giving the president of Mexico a ride, powered entirely by tequila.

The turbine engine fascinated George Huebner, a Chrysler honcho who talked the company into investing heavily into the technology. The turbine had many advantages over the piston engines of the time: it had fewer moving parts, those parts spun rather than reciprocated, and it would run on any flammable liquid.

The cars which were lent to consumers for testing were often fueled by diesel and home heating oil, but the engineers tested them on a whole raft of other fuels. And whenever the press was within earshot, the multi-fuel capability of the engine was often touted.

That was definitely the case when one of the cars ended up in Mexico on a world tour. The car was routinely given the red carpet treatment when it arrived in a new country and the President of Mexico, Adolfo Mateos, came out to see the car and greet the Chrysler representative who had brought it. As the president heard the typical pitch about the various things the car would run on, he was curious. Would the car run on tequila? He offered to provide them the tequila if, in fact, the car could run on it.

While the car had been tested on a variety of liquids that packed a punch, no one knew if the car had ever actually been run on tequila. The Chrysler PR man with the car quickly called back to Detroit to ask if it would be safe to run tequila through the engine. George Huebner was curious as well and quickly sent someone to a local party story to pick up a few jugs of cheap tequila. Back at the lab, the engineers ran a few gallons of tequila through a turbine engine and it ran perfectly. Huebner called down to Mexico and confirmed that the car would, indeed, run on tequila. A few gallons were dumped in the tank and the president was given a quick spin in the car–powered by the tequila he had requested.

While the tequila story was good for some free publicity–the papers loved the story–rumors abounded that the car had also been tested on VO5 hairspray and Chanel No. 5 perfume. Presumably, in real life, Chanel No. 5 would be far too expensive to use as an automotive fuel. But tequila? Who knows–that could’ve come in handy if the cars had ever gone into production.

Steve Lehto is a writer and attorney from Michigan. He specializes in Lemon Law and frequently writes about cars and the law. His most recent books include Preston Tucker and His Battle to Build the Car of Tomorrow, and Dodge Daytona and Plymouth Superbird: Design, Development, Production and Competition. He also has a podcast where he talks about these things.